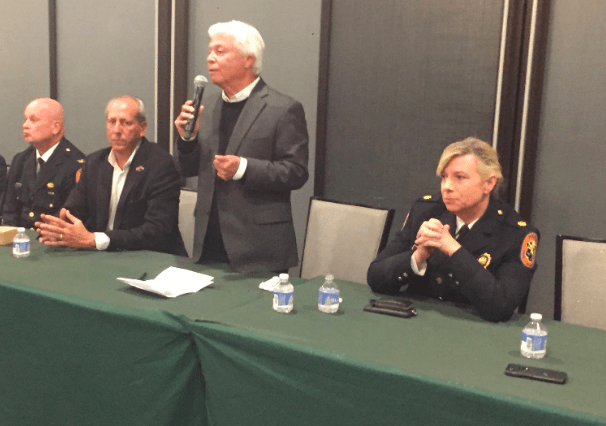 A home on Seawane Drive in the Village of Hewlett Harbor along with residences on the North Shore were the targets of what Nassau police said is a burglary pattern over the last three months that saw three people arrested in January as part of a Chilean crime ring.

Police were at the Hewlett Harbor home on Feb. 20 investigating the burglary. It was reported that the alleged thieves took a safe filled with jewelry and family heirlooms.

Hewlett Harbor Mayor Mark Weiss said that the village is working with Nassau police and its private security force to help ensure that residents are safe. He said that in two to three weeks license plate readers will be installed at specific locations in the village, a program Hewlett Harbor has been working on the past four months. The police will also enhance their patrols.

“We know that no home was burglarized when people were home,” Weiss said, noting the police said that residents should leave inside lights on facing the street and backyard to help mitigate the chances a home would be burglarized.