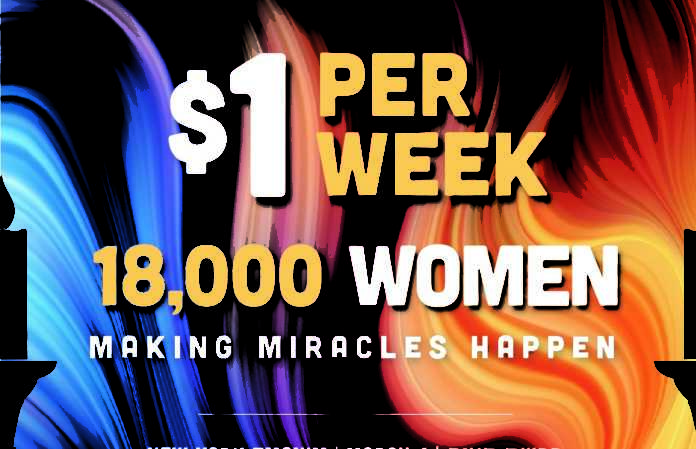 A woman stands in front of the flickering candles on Erev Shabbos, slowly reciting the words, one by one, a prayer from her heart.

For children she hasn’t merited yet, as she yearns to raise progeny of her own.

Or for the children she’s been blessed with, beseeching Hashem that they grow in the way of Torah.

This special prayer, recited every Friday evening across the globe, unites women from across the Jewish world, bringing together mothers and mothers-to-be iy”H in special harmony.

It is this special time that has been selected by Bonei Olam to be utilized to help more women achieve their dream of motherhood.

Bonei Olam’s “V’zakeini” initiative harnesses the unique power that Jewish women possess while lighting their Shabbos candles, uniting women from across the globe.

The cost of IVF treatment for a couple is $18,000, an amount that is too costly for many people, who turn to Bonei Olam for funds to cover the necessary procedures.

Through the “V’zakeini” initiative, a pool of 18,000 women will be donating $1 at candle- lighting time every Friday afternoon.

This will allow an additional 52 couples to receive the treatments they so desperately need over the next year. Together with the heartfelt tefillos recited by the 18,000 women at hadlokas neiros, these couples will iy”H merit to see the fulfillment of their dream: their very own child.

Of course, every one of us would, if we could, provide the full $18,000 for a couple in need. But this amount is beyond the reach of most of us. The “V’zakeini” initiative allows us to provide the funds by joining together as a rabim, as a united tzibbur.

• • • • • Rabbi Shlomo Bochner, founder and leader of Bonei Olam, tells a story that goes back some 150 years to one of the previous admorim of Belz.

A woman had been married for a number of years without children and went to the rebbe for a brocha. The rebbe listened to the woman’s tale, but responded that he sees from Shomayim that a baby is not in her future.

The woman returned with her husband, and then by herself, time and time again, pleading with the rebbe to bless her that she will merit a child.

Each time, the rebbe told her the same thing: From Shomayim, it seemed that she would not merit a child.

One time, the woman arrived at the rebbe’s home the day after Yom Tov, when thousands of people had lined up to say goodbye to the rebbe before they went to their respective towns.

Spotting this woman, the rebbe’s gabbai asked, “Why do you keep coming back? The rebbe said no to your request. And he said that he can’t take your money as a pidyon, because there’s nothing he can do for you.”

The woman was agitated.

“Who are you to tell me if I can come or not?” she said to the gabbai. “It’s bad enough that I have to go through this ordeal. Now I have to deal with you?”

The gabbai immediately regretted what he had said and apologized to the woman.

“Listen,” he said, “I feel bad about what I said and want to make it up to you. Here’s a suggestion. Today, no one is going to get a personal audience with the rebbe, because there are too many people here. Everyone is going to go by the rebbe quickly and hand him their kvittel and request. Do the following. Gather a large amount of money, perhaps 5,000 zlotys, and when your turn comes, put the money down.”

The gabbai collected the sum and handed it to the woman.

As instructed, when her turn came, she deposited the money on the rebbe’s table and left.

The gabbai then instructed the woman to leave town.

That night, once the throngs had departed, the rebbe went over the kvitlach he received. When he came upon the 5,000 zlotys, he called his gabbai.

The gabbai explained that the money was given by the childless woman.

“Why did you let her in?” asked the rebbe. “I can’t take money from her because Hashem doesn’t want her to have a child. Please, go look for her and give her back the money.”

“Rebbe, the woman is not around.”

“I know that she left the town.”

The rebbe closed his eyes as he held the money, moving it from hand to hand.

“You know,” the rebbe finally said, “I get the feeling that this money isn’t even hers. It seems that the money came from a lot of people.”

The rebbe continued, whispering to himself, “The bottom line is that she outsmarted me. The Aibishter should help for her to have a child.”

A year later, the woman merited a child.

She became a mother against all odds…because of the power of the rabim.

• • • • • Sometimes, people face enormous challenges that seem insurmountable, but when a group of people band together, the impossible becomes possible.

Bonei Olam’s “V’zakeini” initiative seeks to harness the power of the klal to bring yeshuos to those in need of them, uniting women all over the world.

The power of the rabim is inestimable. It can wipe away gezeiros and bring about long-awaited salvations.

So join now, and become one of the 18,000 individuals who over the next year will cover the $18,000 treatments for 52 couples, helping to make their dream a reality.