I believe that everything that happens in the world is in the Torah. Past, future and present. Let’s see if there is anything in Ki Sisa that would be link-able to what is going on in the world currently.

First thing that jumped out at me in this past weeks Parsha was that it starts off speaking about “each man shall give Hashem an atonement for his soul when counting them, so that there will not be a plague among them when counting them”. Interesting. Let’s look further. We find a large Nun in the middle of the Parsha, followed by a large Reish a few pesukim later. What could this mean to us? Can this be Roshei Tavos for New Rochelle ? 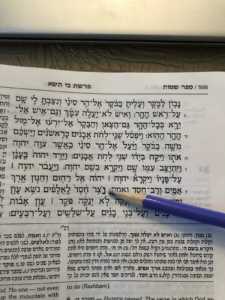 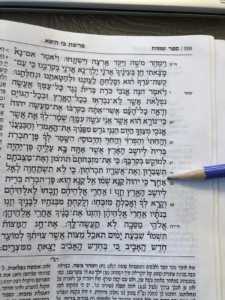 Turn to the end of the Parsha, by the last few pesukim by Maftir.

“Moshe finished speaking with them and placed a mask on his face”. A mask on his face?? Why did Moshe have a mask on his face, I can’t think of anyone else in biblical times who ever wore a mask…So why did Moshe? Last posuk…”When the Children of Israel saw Moshes’ face, that Moshes’ face had become radiant, Moshe put the mask back on his face, until he came to speak with Him.” The Hebrew words for the term his face was radiant – “ki Keren ohr p’nei Moshe”. Keren? Corona? Maybe a very strong coincidence that the last posuk of this past weeks Parsha speaks about a mask on a face because of “Keren”… 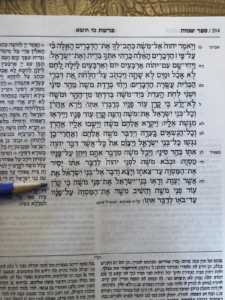 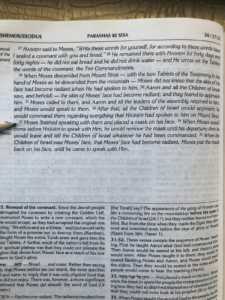 Rav Raphael Pelcovitz Z”L wrote a sefer on the Parshas called Table Talk, published in 1999. I was reading through Ki Sisa when I found that he ends off with a very interesting idea, that “when a Jew is isolated and alone, he is vulnerable and exposed to danger. Isolated and alone, he needs protection from a variety of plagues. But when he realizes he is a Machtzis, a fraction of a whole, and identifies with the Tzibbur, he ensures his safety and finds redemption.” 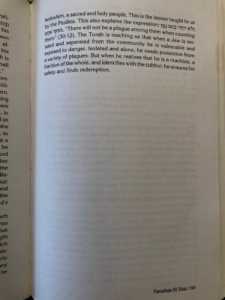 Wow! Many of us were isolated and alone this past Shabbos. I do not know what all of this means directly but I do know that everything that happens in the world and to the Jewish people, is  found in the Torah and that Hashem is orchestrating and planning all that is happening.

Lastly, just as we have found many things in last weeks Parsha that relates to the current situation, could there be anything in next weeks Parsha too? Well, Parshas Vayakhel is all about the building of the Mishkan…

Im Yirtzeh Hashem that will be the case, that we will all be building the Mishkan together and healthy in Yerushalayim!!