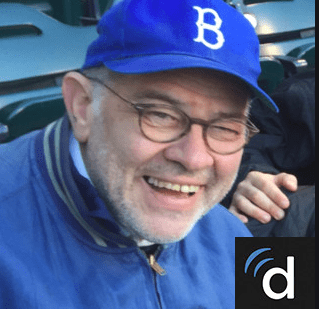 As the coronavirus continues to present new and ever-changing challenges to our community, we have again asked Lawrence resident and prominent immunologist and NC OEM Liaison Dr. Marc Sicklick to share his professional and personal insights with our residents:

I’m going to try to address updates over the past two weeks, my advice, my regrets over mistakes that were made, and my vision for the future, both short term and long term.  These are my personal opinions.

I hope they are helpful.

Don’t jump on every news article about a breakthrough or failure.  It will create an emotional roller coaster that is not compatible with emotional stability. We’re all already on edge.  Newspapers need readership, radio stations need listeners, and television needs viewers, so whatever will get your attention will be there.  A handful of people die from a newly reported complication is a headline.  Ten thousand people don’t is not a headline.  Keep that in mind.  Also realize that everyone doing research wants to find THE cure.  And everyone doing research honestly believes that their research is the correct way to go.  Statements, picked up by the press, on breakthroughs or drugs that appear to work should not be taken as fact until proven or until the approach is verified by someone else.  And even if a new drug does offer some benefit, the potential toxicity and other risks need to be evaluated.  It’s good to be educated and aware, but keep an even keel until something is reality.

A brief word on testing.  Antibody testing is becoming more available.  I prefer a test that gives a level, not a yes or no.  As I mentioned last time, having antibodies does not mean that someone is immune.  We simply don’t know.  There is a presumption, a hope,  based on past medical experiences and that these antibodies do give immunity.  But, for now, everyone must continue to assume that they are vulnerable and that all non- household contacts are shedding the virus.  This is the safe approach.

A recent paper from a group in Mt. Sinai showed that a significant number of people tested antibody negative despite having a really good story for having had the disease or very close exposure.  When the test was repeated a couple of weeks later, it was positive.  It is important to not do the IgG antibody test too early.

It will be nice to see if the antibody levels persist after weeks and months.  This will be helpful in trying to understand how long protection, if it does exist, may last.

The nasal swab is a test for current infection.  It has too many false negatives to be the final, definitive answer.  Like a throat culture for strep, nothing is 100%, so negative swab does not rule out infection.

The concept of repeat swabs after clinical recovery to see if the virus is still being shed has undergone a lot of discussion recently. It may be that the swab is picking up virus or parts of the virus that are no longer contagious. If this is true, it may remove a negative swab as a requirement for re-entering the world.

Newer articles point to mistakes that were made.  It seems that New York City has been the epicenter and the source of spread around the country. It took much too long for New York to lock down.  We were being told to go to the theatre, to ride buses and subways, to go to the Chinatown celebration to show solidarity with them and to not be xenophobic.  All of this was, in retrospect, bad advice and led to spread around the country. I regret that this happened, but I also understand that no one deliberately wanted to hurt anyone else.

We saw public debating between the mayor of New York City and the governor over who calls the shots, who can close the city.  All the while the clock was ticking. I regret that this happened.

I am particularly disturbed by what was the policy to return COVID-19 positive people from hospitals to nursing homes.  We all have seen the numbers in nursing homes.  If only this could have been changed.  I understand that nobody wanted to cause harm.  There was no evil intent. The mistake was not erring on the side of caution.  We need to learn from these mistakes and practice social distancing until all uncertainty is removed.

MY SENSE OF THE FUTURE:

I do expect to see a vaccine or vaccines of some degree of efficacy, but not tomorrow or next week or next month.  I still think that 12-24 months is the range, but sometimes corners will be cut for the greatest good to shorten the testing phase.  This may account for the optimistic comments from Dr. Fauci about possibly less than one year.

I also do expect to see drugs, either alone or in combination, that will help.  This will be in the shorter time frame.

WHAT STILL BOTHERS ME:

Finally, I’m back to what really bothers me.  It’s people out the streets not observing social distancing, not wearing masks, including some who know that they may be shedding the virus.  We have the responsibility to worry about our neighbors and to not put them at risk.  It’s the walkers.   It’s the groups on bicycles riding in packs without social distancing who then stop to talk.    I’ve received many emails and calls about this, asking me to say something- again.  It’s not the majority.  It’s a minority, but they place everyone else at increased risk.

Please, stay a distance from non-household members and wear a mask if you’re near anyone else.  If everyone wears a mask, it will be much more difficult for the virus to spread. We need to buy time until we have herd immunity.

As a last comment, we’re all seeing discarded gloves and masks on sidewalks and streets. Please dispose of these potentially infectious objects properly.

I am cautiously optimistic that we will come out the other side sooner rather than later.

While Dr. Sicklick addresses the COVID-19 menace to our health, Village government continues to monitor other threats to our safety, including broken sidewalks, overhanging tree branches and intrusive bushes that hinder and endanger increasing pedestrian traffic.

Working with homeowners, Village Building Inspectors are making certain, through enforcement, that sidewalks are in good repair and walkways are clear of any obstacles.

We appreciate your cooperation and assistance as, on so many levels, we come together with dedicated volunteer residents, such as Dr. Sicklick, and devoted Village staff, to protect every Village resident.

Our Open House is Different. Find Out Why

Trey Gowdy: There Needs to be a Consequences for Russia