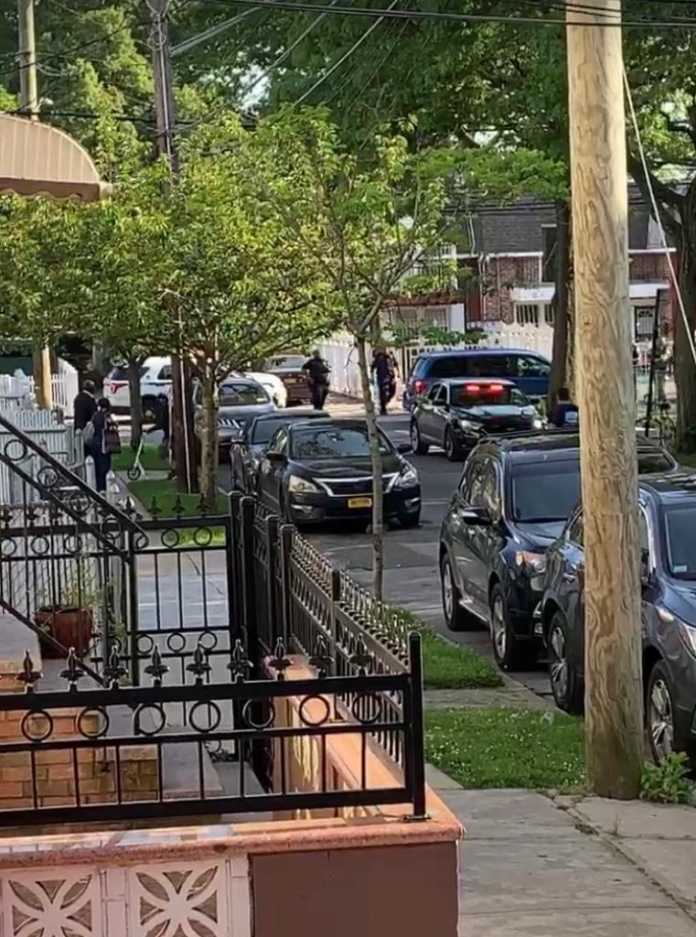 Updated 10:20 PM: The suspect who was being pursued by NYPD has been arrested and a weapon has been recovered as well. We hope that the officers that are in the hospital from today’s shooting have a speedy recovery. We thank you for keeping our community safe!

Update: 9:15 PM: We have confirmed this is still an active situation and that whole area is blocked off. Search is still underway for a suspect.

Updated: 7:07 PM: We’re now hearing some good news, although the police vehicle was damaged, The officers did not sustain any serious injuries.

Updated 7:01 PM: One perpetrator has reportedly been taken into custody. The suspect mentioned in the previous update is still at large at the current time.

Updated 6:54 PM: We are now receiving information on the Suspect. He is a male African American wearing a gray durag and all-black clothing.

Updated 6:42 PM: We have confirmed that 2 officers were shot at and there an exchange of gunfire. The 2 officers are in the hospital. This is an active situation, please avoid this area and use alternate routes. Police are requesting a unit to search the Far Rockaway- Mott Ave station (A).

Updated 6:40 PM: Helicopter requested on the scene to assist in the search.

Updated 6:38 PM: Police have requested backup units to Beach Channel Dr. and Mott Ave. NYPD reported that apparently, the suspect shot at Police and Police fired back. There are no confirmed injuries at this moment.

An NYPD Police van had a window shot out, and search is still ongoing for the suspect.

BREAKING IN QUEENS: Shots fired at NYPD on Mott Ave and Beach Channel Drive. Minor injuries to officers who returned fire. One perp has reportedly been taken into custody. The window of the police car has been shot out. [NYC Scanner] 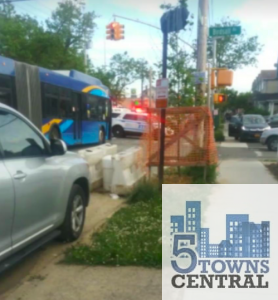 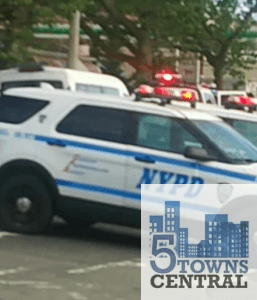 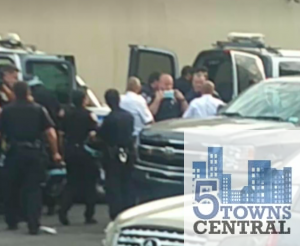 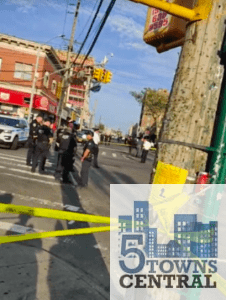 Our goal is to enable you to connect with others around the community and stay up-to-date with local events. We are here to serve the community. We appreciate any feedback or suggestions that will help enhance your 5TownsCentral experience.
Contact us: 5to[email protected]
© 5 Towns Central | Any reproduction is strictly prohibited.
Subscribe