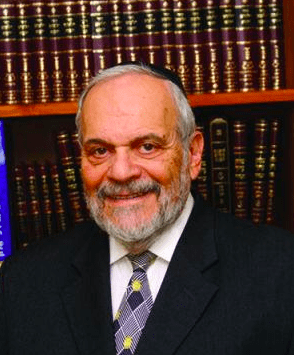 Even a cursory review of world history allows the reader to realize that great and mighty countries and empires fall not necessarily because of outside pressures, but because of the implosion of the society itself. Rome ruled the world for over five centuries, and, at the height of its power, it succumbed to barbaric tribes. The breakup and disintegration of the Empire came as Rome was undermined by the spread of Christianity within its society and the dissatisfaction and dissolution of social norms. These factors gave way to internal violence and a complete abandonment of any sense of loyalty to the Empire itself, or to the history that Rome had so carefully fashioned and preserved over its centuries of hegemony. In short, Rome collapsed from within and not from without.

The same can be said of the Spanish Empire in the 16th century, which never recovered from its foolish, and self-destructive exile of its Jewish population at the beginning of the century. It no longer possessed the creativity and will to succeed that had driven it to become one of the major powers in the world.

The Ottoman Empire was also rotten from the inside, and any stress placed upon it would hasten its extinction and disappearance. The first World War provided that stress. and the Ottoman Turkish Empire never recovered. In our time, we have witnessed the destruction of Communism within the Soviet Union after 75 years of brutal and tyrannical rule. Once again, the Soviet Union collapsed from the inside and not from the outside. It had weathered all of the storms of World War II and the Cold War, but it could not survive because of the malaise of its population, the burdens of bureaucracy and inefficient government that it had foisted upon a helpless populace.

A serious question has now arisen regarding the future of the United States of America. It is a very polarized society, and over the past decades it has lost its moral footing. It has become dissolute, hateful of its own heritage, spoiled by too much material wealth, and subject to Marxist indoctrination emanating from its educational systems. Whether or not the United States will be able to survive this storm is, as of yet, an undecided question. However, it is clear to me that no matter what happens, it will become increasingly difficult for Orthodox Jews to maintain themselves in American society. The entire culture is hostile to Torah values and to a Jewish way of life.

Jews have waxed prosperous over the past decades, and the continuity of Orthodox educational institutions is contingent upon the continuation of that prosperity. However, whether America will have a prosperous future over the next few decades is a difficult question to answer. There will be more governmental regulations regarding curriculum, and the nature of educational classes in schools. Education separated by sex will certainly not be allowed, and the concentration on Torah studies will be severely limited. I hope that I am wrong regarding my fears, but my heart tells me otherwise.

Certainly, the America that I grew up in and lived in for most of my lifetime no longer exists. There is no longer wholesome entertainment nor a feeling of moral probity. America was once a religious country. Today it has become overwhelmingly secular with all the attendant evils that such a change in society inevitably engenders. History teaches us that nothing goes on forever, and that great countries and empires rise but inevitably fall.

For many years, I thought that the United States was an exception to that rule, but I no longer believe so. The curve has already flattened, and we are witness to the downward spiral that leads to irrelevance and impotence in world events, I fervently pray that I am wrong but these are my impressions as I view the current scene.