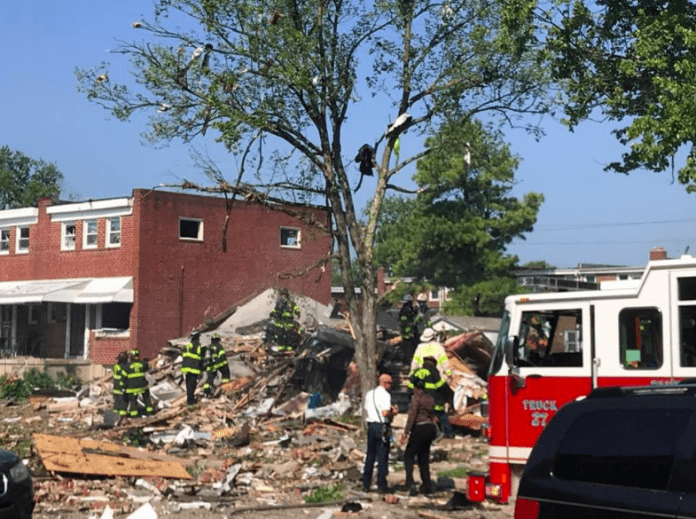 UPDATED 11:55 AM: A woman is dead, one person is trapped and four people are reported to be critically injured after three houses exploded Monday morning in northwest Baltimore, fire officials said.

Fire officials are searching for one more person who is believed to be trapped in the rubble.
—

A major explosion of 3 homes just occurred at the corner of Reisterstown and Brookhill, near the Reisterstown Road Plaza. Emergency personnel are on scene and staged at Labyrinth and Reisterstown. They are actively searching for up to 5 people, including children, who may be trapped.

There has been a gas explosion on the 4200 block of Labyrinth Rd behind the shopping center. Baltimore City as well as Baltimore County Fire and Police departments are on scene. Please keep away from the area and join me in praying for all those involved. pic.twitter.com/qKnJ7wl84n

One person has been pronounced dead on the scene, 3 other victims are in critical condition, and others may still be trapped in the rubble. 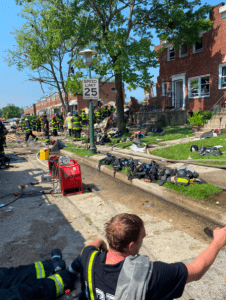 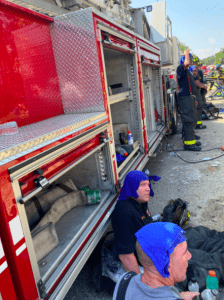 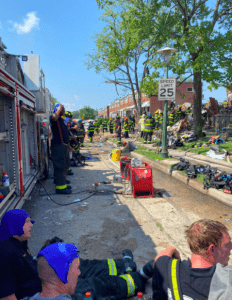 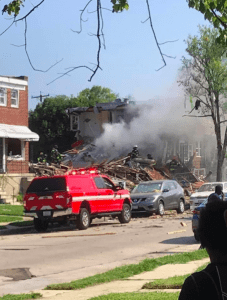 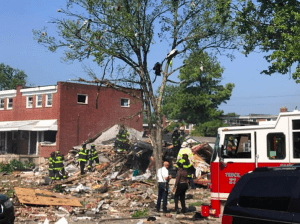