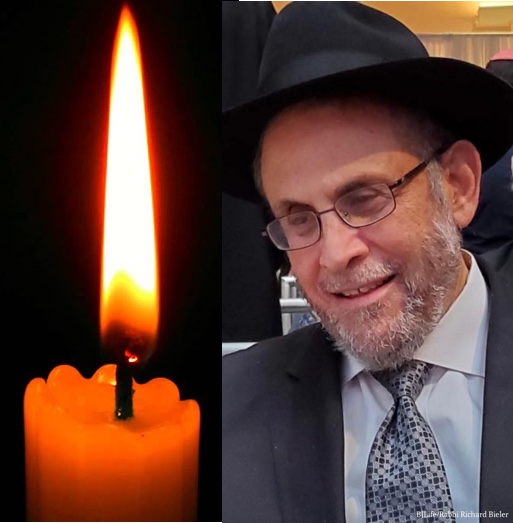 Shiva information for Rabbi Kelemer has been updated as follows:

Levaya will take place Sunday morning at 11 am. Due to current health and safety concerns, we kindly request that nobody, aside from the Kelemer family, come to the shul in person.

UPDATED: The Levaya will be Sunday morning at 11 AM, Zoom information to follow. The Levaya will only be for family members due to COVID concerns, all are asked to view the Levaya virtually. Yihi Zichro Baruch.

—-
With great sadness and amidst tears we share the news of the loss of our mara d’asra, Rabbi Kelemer zt’l. There are not enough words to convey the agonizing emotions of this moment.

Despite our pain and shock as a shul/community, our 1st thoughts are about Rebbetzin Kelemer and the entire Kelemer family. Supporting them in this challenging time is our priority and sacred obligation. As such, we remind everyone to please respect the privacy of the Kelemer family. They will guide us as to how we can best support them, comfort them and give proper kavod to Rabbi Kelemer zt’l in the hours, days and weeks ahead.

Further details will be shared shortly as they are clarified.

Rav Kelemer zt”l was a tzadik whose torah greatness was concealed only by his extreme humility and gentle nature. The rare community rabbi who was universally revered. A tzadik among us who acted as if he were one of us. #YehiZichroBaruch

5TC wishes the family and community a Nechama on this tremendous loss, Shiva details to follow.

President Trump Readies a List of 100 Pardons & Commutations For Tuesday