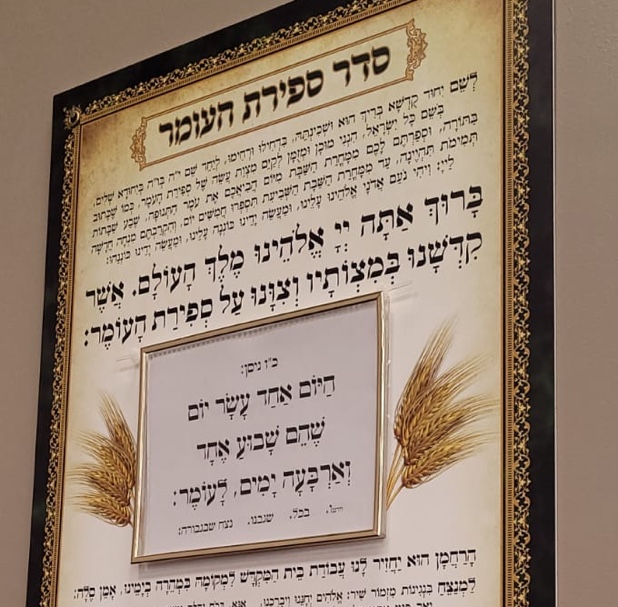 ⁃ Sefira should be counted as early in the night as possible but one shouldn’t say it early if it means not counting with a minyan.

⁃ Although sefira can be counted starting after sunset, it’s preferable to wait until nightfall.

⁃ Nightfall for counting Sefira preferably is forty minutes after shkiah.

⁃ If you counted before nightfall, it’s best to count again after nightfall without a bracha.

⁃ Sefira can be counted the entire night.

⁃ If you forgot to count at night then you can count during the day without a bracha.

⁃ If you miss counting at night and also forgot to count during the day then you can no longer count with a bracha. However, you’re still required to count every night even though it’s without a bracha.

⁃ In this situation, it’s best to have someone that counts with a bracha to say the bracha out loud and have you in mind.

⁃ If you remembered to count the previous nights’ counting during bein hashmashos then you can continue to count with a bracha.

⁃ You have to understand what you’re counting and if you don’t then you’re not yotzei. Therefore you can count in any language.

⁃ Sefira should be said standing up. If it was said sitting down then it’s fine.

⁃ After the first week, both days and weeks are counted.

⁃ If days were counted and not weeks then it’s fine.

⁃ If weeks were counted and not days then it’s not good and you can’t continue to count with a bracha.

⁃ After the bracha “yhi ratzon” is said.

⁃ Before counting sefira at night with a bracha, don’t say “tonight is…..” because then you’ve already counted and therefore you can no longer make a bracha that night.

⁃ This applies to counting in any language.

⁃ Asking someone as a question is not considered counting. For ex. Asking “is tonight the third night?”

⁃ If you feel that you have to spell out the exact night of sefira and you haven’t yet counted with a bracha then you can say the exact counting but have in your mind that you’re not being yotzi with what you’re saying.

⁃ Make sure to know the correct night before starting the bracha.

⁃ you’re not allowed to start eating from a half-hour before the proper time to count, unless you appoint someone to remind you.

⁃ If you have a set time to daven maariv then you’re allowed to start eating even though you haven’t yet counted.

⁃ The minhag in klal yisroel has been to keep aveilus for thirty-three days between Pesach and Shavuos.

⁃ There are slight variations to the above.

⁃ There are no restrictions on buying new clothes.

⁃ Some have a minhag not to buy anything that would require the bracha of Shechayanu.

⁃ Haircuts are not allowed for men or for women.

⁃ Shaving and trimming beards are not allowed.

⁃ If one is going to take a loss then shaving/haircuts are allowed until the week of tisha bav.

⁃ Mustache that prevents you from eating can be cut.

⁃ Wigs can be cut if necessary.

⁃ No music or dancing even at a seudas mitzva. Singing is fine.

⁃ Music tapes are not allowed.

⁃ If necessary, slow inspirational or classical music is fine.

⁃ Music for exercise is allowed.

⁃ Music to keep you up while you drive is allowed.

⁃ Accepela is not preferred but it’s definitely better than listening to the radio.