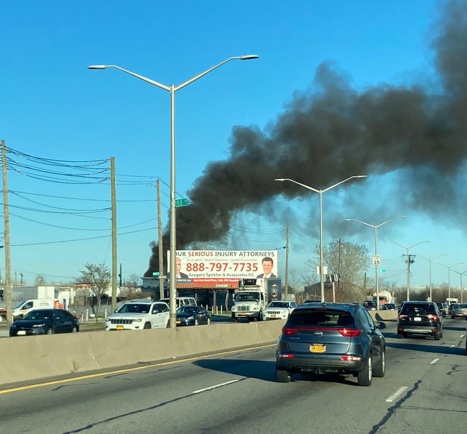 The Nassau County Police Department reports the details of a fire that occurred on Tuesday, April 13, 2021 at 6:07 pm in Elmont.

According to police, Fifth Precinct Officers responded to a call for a fire located at the Belmont Racetrack Horse Stables, 2150 Hempstead Turnpike. The Elmont, Valley Stream and Floral Park Fire Departments responded and extinguished the fire. Arson/Bomb Squad Detectives, Nassau and New York State Fire Marshals all responded to the scene.

Three male employees suffered minor smoke inhalation. The three males, ages 57, 39 and 21 were treated at the scene. Upon investigation, two horses were found to be deceased as a result of the fire.

The cause of the fire has yet to be determined and the investigation is ongoing.