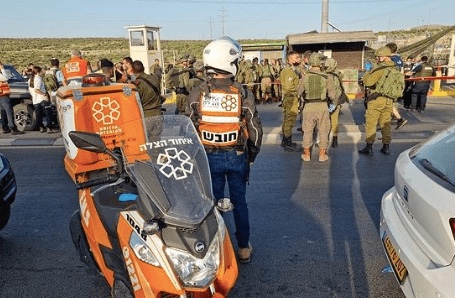 According to the IDF, terrorists opened fire toward Israeli civilians waiting at a bus stop near Tapuach Junction, leaving several of them injured- “Our forces responded with fire and are pursuing the terrorists”. The three injured in the attack were identified as Yeshiva boys and 2 of them are in critical condition. The public is asked to say tehillim for Yehuda ben Milka, Benya ben Aviva and Amichai ben Ronit.

Our troops continue to search for the suspects. pic.twitter.com/8DXvighznc

PM Netanyahu: "The security forces are in pursuit of the terrorists and I am certain that they will apprehend them as soon as possible. We will not allow terrorism to raise its head and we will strike our enemies with force."