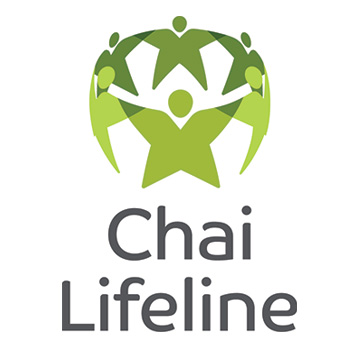 (Wednesday, May 5, 2021) Despite occurring in a relatively remote location in Northern Israel, the global impact of the tragedy in Meron, the most devastating civilian disaster in Israel’s modern history, is like few tragedies in recent memory. Both the very extent of the losses and injuries, and the fact that a beloved annual Lag Baomer celebration turned into a horrific event, is leading to an uptick in requests for mental health support in Jewish communities and schools across the globe.

“In today’s interconnected world, where the images, videos and stories are broadcast around the world in seconds, the emotional traumas of such tragedies are similarly being shared globally,” explains Rabbi Simcha Scholar, CEO of Chai Lifeline, an international children’s health support network. “This is a far-reaching event which affects all of us in many different ways because of how and where it happened, who was there during such a traumatic event, and the global connection between the Jewish people.”

In the immediate hours after the tragedy, while many in Israel were still sleeping and largely unaware of what had occurred, Project Chai, Chai Lifeline’s Crisis Intervention, Trauma, and Bereavement Department, published and distributed protocols to help people with the onslaught of emotions that would ensue. “We want people to understand that there is no right or wrong reaction to the tragedy but they need to be prepared for what they and their children will be experiencing,” said Rabbi Dr. David Fox, director of Project Chai. “Parents, teachers and community leaders are going to be turned into ‘mental health first responders’ for their children, students and community and have to better understand the need to properly deal with the issues of tragedy and trauma. There are specific tools that can help all of us cope.”

Over the course of the day on Friday, April 30th, as the public began to learn of the identities of the victims, the personal aspect of the tragedy began to come into greater focus. Communities across the globe, including in the US and Canada, realized that they had a very direct connection to the disaster. Included in the victims was 19 year old Donny Morris, from Bergenfield, New Jersey, who had been studying in Israel for the year and had himself been a volunteer in a Chai Lifeline afterschool program called i-Shine that works with children confronting illness or tragedy. “There is no doubt that when we put a real face to the tragedy, a face that could have been our own son or brother, classmate or friend, it takes on a whole additional dimension of connection and pain,” said Rabbi Scholar.

Since the news first broke, Project Chai’s team of more than 150 mental health professionals and volunteers have fielded hundreds of calls from individuals, parents, rabbis, teachers and organizations all over the world looking for guidance and specific advice on how to cope with the tragedy. The organization estimates that they have already reached tens of thousands of people with their online and in person speaking engagements, video presentations and written guidelines and protocols for processing the tragedy and talking to children, loved ones, students, and others about it.

On Sunday, the organization held a dedicated session for students at Yeshiva University High School where Donny had studied and his younger brother currently attends. Similar sessions took place at Naaleh High School in Teaneck, New Jersey where his younger sister attends as well as day schools and Chassidish yeshivas throughout North America. On Tuesday, Chai Lifeline released a series of videos for parents with children studying in Israel, offering mental health guidance and words of religious inspiration.

“Our experience teaches us that even as this tragedy begins to fade away from public consciousness, the subjective impact and psychological and spiritual scars can persist,” says Rabbi Dr. Fox. “Our pledge is to be there whenever that need arises.”