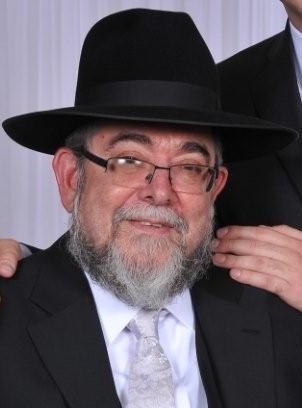 *These views express the opinions of the authors alone and not necessarily those of the owners & management of 5TownsCentral.

We are all very much grateful that we live in an exceptionally beautiful and unique community. The Five Towns and Far Rockaway community is comprised of a truly diverse set of Shuls and Rabbonim. Nevertheless, for more than fifty years our Vaad HaKashrus has brought together Rabbonim ordained in different yeshivos and has created a unified Vaad. Our Vaad HaKashrus has created a sense of Achdus that is admired throughout the world. In addition to this Achdus, our Vaad operates on the highest standards of Kashrus. With its innovative and creative kashrus processes, roving mashgichim performing yotzei v’nichnos, innovative apps for logging information from the mashgichim, our Vaad is an example for all to follow.

And now the Achdus and Shalom of our community are being threatened and challenged.

While the world is struggling to understand the violent uptick in antisemitism, our own neighbors are aiding and abetting the problem by spreading false libels about our community and its leaders. Allegations are being made on social media and through public media outlets with global reach about our local Rabbonim acting as a mafia and lining their pockets – Hashem Yeracheim! This is motzi sheim rah of the highest magnitude. No member of our Vaad’s Rabbinic Board takes a single penny for the many hours of dedicated service – time outside of their rabbinic responsibilities to their kehillos. No secondary parnassah, no relatives of restaurant owners serving on the Rabbinic Board are involved in any administrative or decision-making capacity.

It is time for the community to voice its support for our Rabbonim in the face of the unsubstantiated public attack against them. Our community needs to rise up and support Achdus and Shalom. The attack against our Rabbonim is an attack against us all – and should not be tolerated. Among the functions of a Rav is to advise his kehilla in matters pertaining to halacha, and critically in the area of kashrus. This is not only a Rav’s right, but also his most basic responsibility. I respectfully call to all community members to join me and to not permit such behavior to tear apart our wonderful community.

On July 9, 2020, 53 local Rabbonim, not the Vaad, wrote a letter to their respective kehillos regarding a new kashrus organization in our community. It began supervising some restaurants that had previously been under the supervision of the Vaad Hakashrus of the Five Towns and Far Rockaway. Subsequently, two restaurants summoned several of our local Rabbonim to Beis Din. In addition to the Din Torah, they initiated a public lawsuit portraying to the whole world their animus towards Rabbonim, using coarse language and utter disrespect for talmidei chachamim. They have also threatened to take further steps to cause harm to our shul Rabbonim. One of those restaurants placed a misleading ad in a local tabloid which was disrespectful of all our Rabbonim. And they have proudly disparaged our community and its Rabbonim by facilitating a deplorable article in the NY Post.

The letter written by 53 Rabbonim was not by whim. There were countless hours of discussion and deliberation, and in consultation with kashrus experts, renowned Poskim, and the ziknei haRabbonim in town. My rabbinic colleagues and I wrote together a missive, a statement, to our beloved community members to whom we are endlessly and selflessly devoted to serve – b’lev vi’nefesh – with no ulterior motives (and no personal attacks on any individuals, chalila vi’chas). With the involvement of some of the most prominent talmidei chachamim and Poskim in our community, we decided to focus on the chief concern of preserving achdus in our community, with but one unifying vaad hakashrus overseeing the kashrus standards in the Five Towns/Far Rockaway community. With siyata dishmaya, the resulting letter was signed upon and supported by over fifty Rabbonim, the super majority of all the local Rabbonim (with a few preferring to abstain, most often with the explanation of simply not wishing to get involved in kashrus-related issues).

Yet sadly, Rabbonim were sent hazmonas to appear in two separate Batei Din – The Bais Yosef Bais Din (a/k/a Bais Yosef Novordok) in Brooklyn and Badatz Rabbinical Court (a/k/a Beis Din Tzedek of Lakewood). And why? For doing their job as Rabbonim to explain to their shuls a stance taken by the super-majority of the community’s Rabbonim.

One of the allegations leveled at our local Rabbonim is that they have refused to go to Beis Din. The Rabbonim received p’sak from multiple Gedolei Torah that this is not a case that belongs in a Beis Din, and were advised by their expert to’en that they were halachically prohibited from proceeding in a venue not appropriate for this matter.

The Rabbonim therefore suggested to the Beis Din that the matter be submitted to Gedolei Torah for direction in the matter. As soon as this suggestion was made, the Vaad – not the Rabbonim who were sent hazmanos to Beis Din – were summoned to secular court in Nassau County, and this was before any heter arka’os was issued by a Beis Din. At that point, being subject to a secular court tribunal, the Rabbonim would have been within their rights to disengage with Beis Din, but despite their confidence in a favorable outcome in secular court, in the interest of leaving no stone unturned and to avoid further Chilul Sheim Shamayim and machlokes, they extended yet another offer to resolve the matter in a manner consistent with Torah values and ideals. They agreed to present three well established batei din with impeccable reputations for honesty and integrity, and to allow the toveim to choose any one of these batei din. Their offer was not accepted. Those are the facts.

It goes without saying that this series of events threatens not only the kashrus in our community, but the very right of a Rav of a kehillah to give religious guidance to his shul.

One final thought. If you have any questions about the actions of our community Rabbonim, please do not resort to the blogs and other social media for your answers. Simply reach out to one of the community Rabbonim serving on the Vaad, and to the extent they can they will be more than happy to answer any question you may have.

May our community be blessed with Achdus and Shalom and with respect for its Rabbinic leaders.