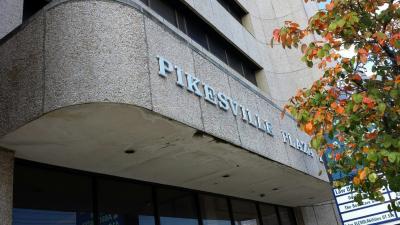 UPDATED: The engineers confirmed to building management they will be onsite Tuesday morning. They noted that there is an expansion joint between the building and the garage to isolate the two structures.

The building management company explained that this means that any issues in the parking garage (which was closed to underground traffic a couple of years ago out of an abundance of caution) would not necessarily affect, and would likely not effect, the stability of the office building itself.

The Dougie’s Building, as it’s known in he heart of the Baltimore Jewish community, was ordered closed on Monday by the Baltimore County Fire Department, who cited work being performed allegedly without proper permits, and possible structural issues with the building, amid heightened concerns in the wake of the Surfside building collapse.

Beside Dougie’s, the Pikesville Plaza at 600 Reisterstown Road in Pikesville is home to many other Jewish-owned businesses.

BJL spoke with Building management, General Contractor and the architect who confirmed that the Fire Department announced the building’s immediate closure, with no advance warning or inspection, forcing all businesses to move quickly in securing their computers and other paraphernalia in order to move to alternate locations temporarily.

The General Contractor performing an overhaul of the HVAC system and the architect with oversight are on site already, working with building management and Baltimore County in order to address the citation and to remediate any possible issues.

Additionally, engineers will be onsite no later than Wednesday morning to confirm the stability of the building.