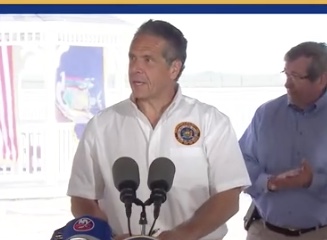 “I am outraged to once again hear of an anti-Semitic attack in our state. To beat and rob a Jewish man on his way to a synagogue is sickening beyond compare. Hate has no place here and we will not tolerate it. I am directing the New York State Police Hate Crimes Task Force to offer assistance in the ongoing investigation into this attack.

“To the Jewish Community of New York, I know this is exhausting. No one should have to worry about being attacked for their religious beliefs, ever. We stand with you and we will not stop fighting until the plague that is hate has been eradicated. Love will win here.”