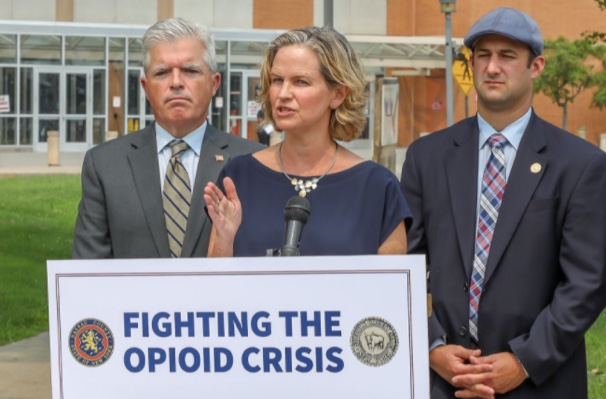 Nassau County is set to receive up to $115 million from pharmacies, drug distributors & manufacturers from recent settlements to combat the opioid crisis. Our fight isn’t over, but no longer can drug distributors skirt the law by saying they are not responsible for their products pic.twitter.com/2QPD6YPxdo

Drug distributors AmerisourceBergen, Cardinal Health and McKesson will join Johnson & Johnson and 4 chain pharmacies – Walgreens, Walmart, CVS and Rite Aid to pay up to a combined $115 million to Nassau County and more than $1 billion to New York State to resolve claims that the companies helped fuel the opioid epidemic.

“Before Nassau went to trial, I made a promise that we would make these companies pay,” said Nassau County Executive Laura Curran. “While no amount of money will replace the countless lives that have been affected, we can save future lives by expanding our support network and increasing funding for mental health and addiction programs, along with prevention efforts.”

Under the terms of the settlement, opioid distributors AmerisourceBergen, Cardinal Health and McKesson will be required to create a first-of-its-kind clearinghouse to account for shipments of opioids to other distributors in order to detect stop and report suspicion of abuse. For the first time ever, drug distributors will be held accountable for their shipments and be required to collect data, set shipment limits and follow patterns and trends in customer data to evaluate whether their products are being abused.

“No longer can distributors skirt the law by saying that once it leaves their factory, they are no longer culpable, said Nassau County Executive Laura Curran. “Long Island has paved the way for the rest of the country.”

Nassau County will also be named as one of the 17 members on the National Enforcement Committee, which is responsible for overseeing negotiations, outreach, and implementation of a potential National Global Settlement.

“We have confidence in the judicial system and are very optimistic we will hold these companies responsible at trial,” said Curran.