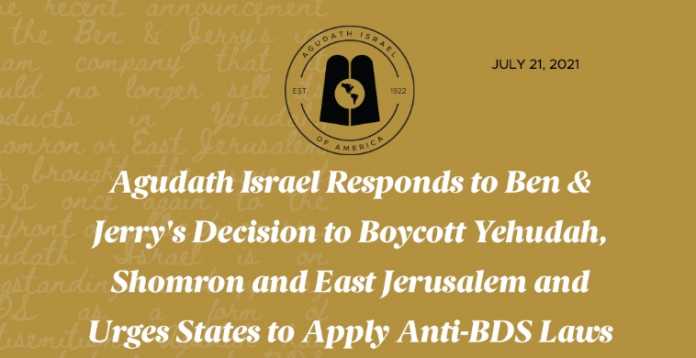 The recent announcement by the Ben & Jerry’s ice cream company that it would no longer sell its products in Yehudah, Shomron or East Jerusalem has brought the issue of BDS once again to the forefront of public discourse.

Agudath Israel is on longstanding record opposing BDS as a form of antisemitism. Agudah has advocated for anti-BDS laws across the United States, and has defended their constitutionality in courts of law. 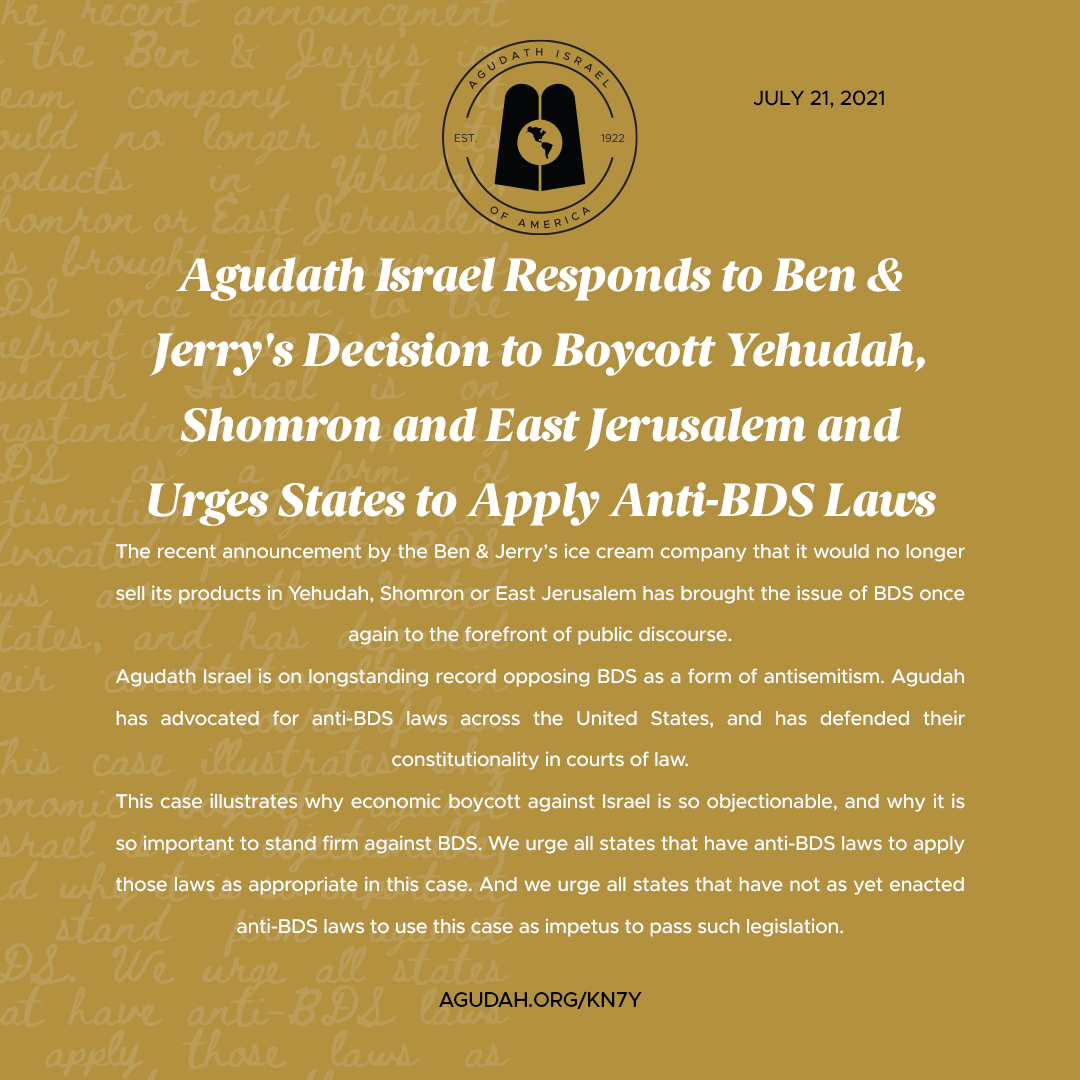