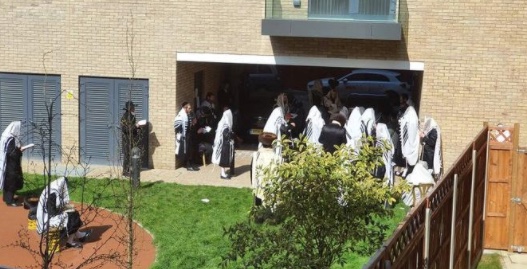 Victoria, Australia has imposed severe restrictions in their fight against COVID. These rules include shuttering houses of worship and prohibiting communal prayer. 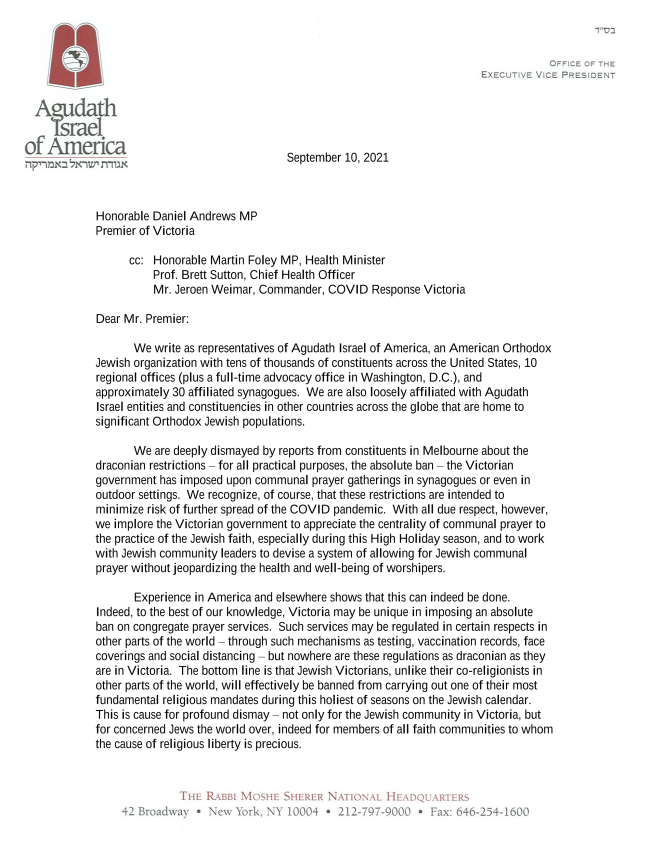 Agudath Israel of America joins rabbinical bodies and Jewish organizations around the world, including Agudas Harabonim of America and the Chief Rabbis of Israel and Russia, appealing to government leaders and health officials in Australia.
Orthodox Judaism attributes high value to communal prayer. Adult Jews pray three times each day with a minyan, a quorum of ten men without which certain prayers may not be recited according to Jewish law. In addition, the Jewish holidays of Yom Kippur, this week, and succos, beginning next week, are among the most important days for communal prayer in the Jewish calendar.
In its letter, Agudath Israel referenced its own case against the state of New York in regard to putting restrictions on prayer services: “[T]he point the U.S. Supreme Court made in the Agudath Israel and Brooklyn Diocese cases is surely relevant in determining the propriety of taking such extreme measures against religious prayer gatherings – especially when compared to certain secular gatherings, such as boxing matches and other sporting activities, which we understand have been permitted with only minimal restrictions.” (The reference to boxing is a nod to a Muay Thai boxing match held last week which dozens of people attended, with the permission of the authorities in Victoria.)
The Australian Orthodox Jewish community, indeed, the global Orthodox Jewish community, asks that the state work with them on a Covid-safe framework to allow communal prayers to take place for Yom Kippur and Succos, at the very least.