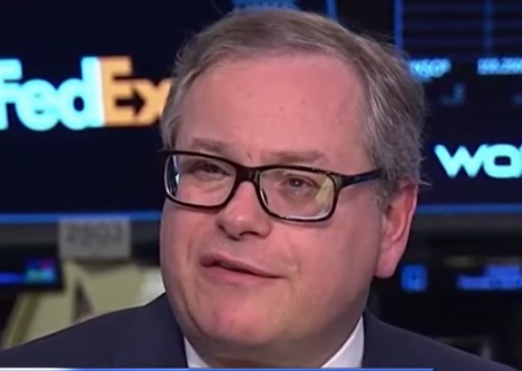 Our community was shocked by the sudden and tragic passing of Tuvia Lefkovich A”H. He was known throughout the world not only for his professionalism but friends and colleagues remembered him as a genuine man of “tremendous dignity & respect”.

Last Friday, October 1, 2021, our very close friend and colleague, Tobias Levkovich sadly passed away four weeks after a tragic car accident. There are not enough words to describe the impact he had on our lives and on our industry. While it would be enough to recognize Tobias for his acumen as a strategist, it is his spirit, his compassion and his humanity for which he will truly be remembered and cherished by all of us.

Tobias was a brilliant and highly insightful strategist, for which he was well-known throughout the industry. He worked at Citi for a little over 33-years and over that span of time became a face of the Citi franchise. A true Wall Street Icon, his publications, such as Monday Morning Musings, were highly regarded. His models, such as the “Other P/E” or the Panic Euphoria model were well subscribed. His timely “Raging Bull Thesis” in 2011 was one of the single best and timely calls of that decade. Indeed, he was one of the most well-known and endeared professionals on Wall Street. He was consistently highly ranked in industry surveys – often #1. A true thought leader.

However, it is his enormous spirit, compassion and humanity for which he will truly be remembered and for which he had such an impact on so many lives. While his life was cut short, many have remarked that if you judge a life by how many lives you touched, Tobias’ life was quite long. He was a thoughtful caring mentor to many at the firm. He always found the time to care for others and talk to anyone. His door was always open. His relationships were more important to him than the business, which often differentiated him among colleagues and clients alike. Many considered him more a friend than a business colleague. He was always truthful and candid.

Mark Twain once said “Humor is mankind’s greatest blessing”. Many can attest to Tobias’ amazing and at times ever-present sense of humor. Indeed, some jokes were not that funny! But that did not matter. We laughed mostly because they were funny but also because of the sincerity and joy with which Tobias used humor to break down barriers, bring a sense of ease to client meetings, and remind us of the humanness of everything we do.

Anyone who has ever come in contact with Tobias will know that his family and his community always came first. Anyone who has travelled with him or been in client meetings will also know how much he loved, cherished and took immense pride in his family as he readily shared stories and anecdotes of his experiences with them. Of late, he took enormous joy in his grandchildren. He often included them in his Zoom calls, which is a reflection of the love he had for them and the delight he brought to everything he did.

It is not any one aspect of Tobias that made him a bright shining star among us but the combination of his spirit and humanity that was so impactful to all of us. As one person wrote, “Hashem broke the mold with this one”.

We will miss our dear friend. But he remains strongly in our hearts and we will celebrate his life in the years to come. We are reminded of the motto of his beloved Montreal Canadiens – “To you, with failing hands we throw the torch; Be yours to hold it high.”

—
The ‘Squawk on the Street’ team remembers Citigroup chief equity strategist Tobias Levkovich who died from injuries he sustained after being hit by a car in September near his home in Long Island.

My dear friend Tobias Levkovich tragically passed away on Friday. The world lost not just a brilliant mind, but among the most decent, kind and thoughtful persons I have ever known. In his memory, I thought it appropriate to share his wisdom with you:https://t.co/qdq7zfZcXO pic.twitter.com/5qyXrM6WfJ

It is with great sadness that I report that my dear friend and (three decade) confidante Tobias Levkovich has passed away. Words can't express my sadness this morning. @jimcramer @tomkeene @ferrotv @lisaabramowicz1 @carlquintanilla @saraeisen https://t.co/lQ0CIihKDT

There was nobody like Tobias Levkovich. He made an impression on anyone who met him- friendly, funny, smart and energetic. I will miss interviewing him, even more, his friendship. Heartbroken.

I received this email from Tobias Levkovich several months ago:

I wanted to take this opportunity

vaccine lights at the end of the tunnel. This holiday provides us the great opportunity to appreciate our families and the good things we have versus the often less important stuff that we don’t.
Best,
T
Tobias Levkovich | Chief US Equity Strategist Managing Director