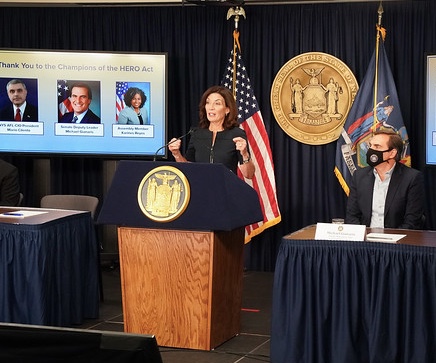 Just hours before Shabbos, scores of yeshivas and other nonprofit organizations received confirmatory emails from the New York State Division of Homeland Security and Emergency Services (DHSES) announcing $50,000 grants for security and target hardening for their facilities. And – for the first time in New York state history – as advocated for by Agudath Israel of America and others, among those awardees were many Orthodox Jewish summer camps. Summer camps and yeshivas alike need to protect their children and faculty from hate, and ought to be given the wherewithal to do so.

Agudath Israel of America would like to thank Governor Kathy Hochul for prioritizing and expediently delivering these much needed funds, which will help secure 362 at-risk nonprofits in NY. Many enjoy basking in pronouncements and press conferences for idealistic new programs. We applaud Governor Hochul, however, for announcing the release of these funds so shortly after taking office, and for following through on that promise just days after her announcement on Wednesday, as described here.

Moreover, Agudath Israel of America thanks Assembly Member Simcha Eichenstein for leading the cause of the inclusion of summer camps in state security funding. The Agudah also thanks Bobov activist, Rabbi Joel Rosenfeld, for dedicating his time and expertise toward this endeavor; and Assembly Speaker Carl Heastie, Senate Majority Leader Andrea Stewart-Cousins, and other members of the legislature for pressing for the passage of availability of these funds and their inclusion of summer camps. 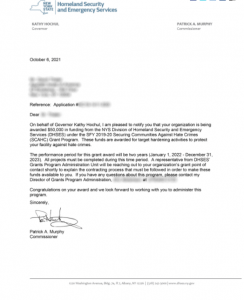