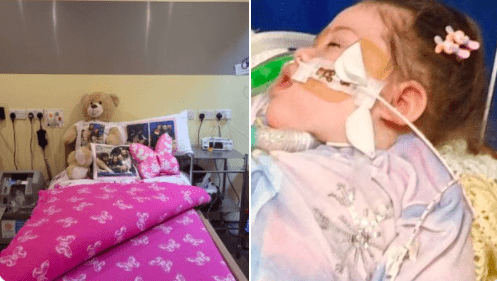 Alta Fixsler, a two-year-old girl who suffered from brain damage, passed away Monday night after being removed from life support. This tragic development comes after a lengthy legal battle between her parents and the U.K. government to have her transferred to another country that would allow her to remain on life support.

Ultimately the U.K. courts refused to grant this request, thus causing Alta to be killed today. Alta initially breathed on her own after being removed from life support, but ultimately passed away approximately 90 minutes later.

An unspeakable tragedy, perpetrated by British doctors & sanctioned by British judges, removing life support for a sick child, against the wishes of her religious parents. May Alta's memory be a blessing & may her family and her many supporters around the world find comfort. BDE https://t.co/sCcB3Ln0xT

✡️🕯 — SAD ENDING: BDE: Two year-old Alta Fixler has sadly passed away after the hospital in England removed her from life support, with zero mercy on the child, and parents who were fighting to keep her alive. pic.twitter.com/8FraaIjk0F