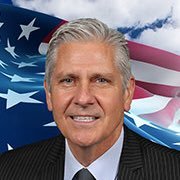 In the final vote, Blakeman received 142,626 votes to Curran’s 140,476. The over 2,000-vote lead is enough to not allow for a recount according to Board of Elections official rules.

Blakeman thanked the voters for trusting in him and informed thanked Laura Curran for the call congratulating him and offering her assistance in a smooth transition.

“This is not the result we hoped for, but there is so much to be proud of. Four years ago, we promised to clean up the corruption and fiscal mismanagement that plagued county government, balance budgets and turn deficits into surpluses – and we did just that. My administration took on the tough fight of reassessment: transforming a broken system into one that is fair and accurate. Through strategic investments in community-based policing, my administration secured Nassau’s ranking as the ‘safest community in America.’ And together, we overcame a global health and economic crisis – rebounding as the region hardest hit by the pandemic to the highest vaccinated county in New York State. Our county must build on this progress, while preparing for the challenges ahead. I congratulate County Executive-elect Bruce Blakeman on his victory, and wish him the best as he undertakes this important work. I thank my family, my government and campaign staff, as well as the members of the business community, law enforcement, labor unions and others who extended their endorsements and support. I will forever be grateful for your partnership. I believe our long-term, shared vision for Nassau County remains in reach and I will never stop fighting for our residents. I love our county and our residents, and pledge a positive transition. From the bottom of my heart, I thank you for allowing me the opportunity and the privilege to serve you these last four years.”