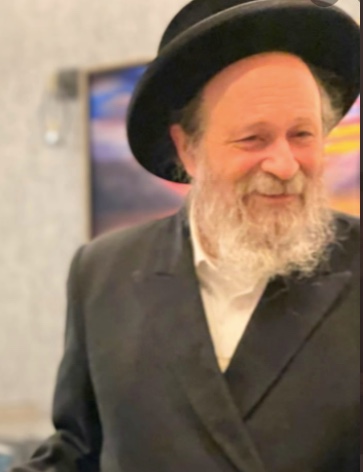 Rav Weinberger in his recent “Chaburas Yosef Hatzadik” addressed the fact that the current Yeshiva system has a major focus on boys who will be “long term learners” and avoids the majority which will be “Chasuv Bal Habattim”.

R’ Weinberger at one point pointed out “There are no small cracks in the system which kids are falling through, rather there are gaping holes”. Listen below.

“If your son is home and you don’t see him crack open a Gemara, he does not have a bein hazmanim problem. He has a zeman problem.”

This is a very heavy and important letter published by @themishpacha about the very real struggle of feeling a sense of accomplishment in Yeshiva. pic.twitter.com/9QIm0oDwXr

After the anonymous response received such a tremendous reaction. Gedaliah Wielgus clarified that he in fact was the author of the letter and issued an additional response:

When I sent this letter to Mishpacha I was hoping it would get a few people to think. I did not expect the promotion from @DBashIdeas , a full shiur from R’ Moshe Weinberger or all the reaction received on Twitter.

Clearly this an important topic that struck a nerve and I am glad to have played a part in continuing this conversation. In response to some of the feedback.

My first reaction is to just tell everyone to listen to R Moshe Weinberger’s shiur. He makes his points far more articulately than I ever could (and if you think I was too harsh, listen to what he has to say…) But that’s the easy way out so I will try to respond directly.

Yes, the letter is not very nuanced. It’s a brief letter to the editor. I can’t hit on every point and variable. But some background. This all started with a very well-written and compelling article by Sruli Besser.

He basically made the point that we’re too harsh on yeshiva bachurim and should cut them some slack. In the weeks that followed, letters were published on both sides of the argument.

The point of my letter was to take issue with the premise of Sruli’s article, as well as some of the letter writers’. We are not too tough on yeshiva bochurim; we are not tough enough. And let me explain what I mean (or at least try to).

There are two separate & important issues here 1) creating space for those who are not cut out for yeshiva. That’s what @DBashIdeas tweet and RMW were focused on. And that’s quite important. We absolutely should acknowledge this reality and figure out how to deal with that. But less discussed is 2) pushing those in yeshiva who are cut out for full time learning to achieve more. And we are failing miserably at that.

Some of my chavrusas may be reading this and saying “really, Gedaliah? You’re gonna be the one giving mussar on this? You weren’t the world’s greatest masmid when you were in yeshiva.”

And that’s exactly right and precisely the point. I don’t qualify as someone who was not cut out for yeshiva. I did pretty well in yeshiva. But did the system insist I show up on time every seder? Was the beis medrash packed on motzei shabbos? How about Fridays? Chanuka?

If seder starts at 9 AM, and everyone shows up at 9:30 AM, you can show up at 9:25 AM and feel like a masmid. And apologies if this is too harsh, but that’s frankly ridiculous. Why wouldn’t someone be able to show up to do something they love before 9:30 in the morning?

And when we don’t push yeshiva boys to really really work hard in learning and demand some accountability, of course they don’t feel accomplished. Of course I am not saying that bein hazemanim should look exactly like the zman. That’s an unreasonable standard. But if someone feels accomplished, why wouldn’t they be in the beis medrash every day? Use the Justice Stewart standard for the exact formula for how many hours.

So now what? How do we push yeshiva guys harder and make them feel accomplished? I don’t pretend to know. It’s above my pay grade. I will leave that to the professionals and parents of yeshiva bachurim. But I do know we can’t solve the problem without acknowledging the problem.(If you’re still reading (thanks!), I do have one idea.. rethink derech halimud. But that discussion is for another time).

Final point (for now): I discussed shidduchim in my letter because the two letters from girls in shidduchim were the impetus to have me take out the time to write my letter. Their letters pained me. The boys all already know all of this, but how should the girls know?

So if your kid is waking up at 10 AM in bein hazemanim, he’s either not cut out for yeshiva or not being pushed hard enough while in yeshiva. But one thing’s for sure: he has no sense of accomplishment. (Ok now its really my final point).