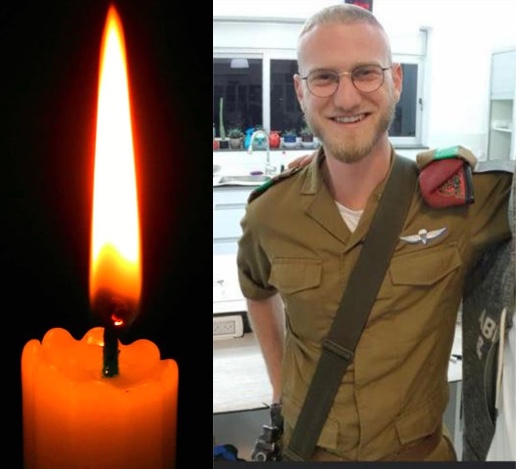 An Arab terrorist armed with a machine-gun opened fire towards Israeli Security Forces and civilians just meters away from the Kosel in the Old City – and was shot dead soon after. Four others were injured in the attack Sunday morning.

Magen David Adom rescue services said that two of the injured were civilians and two were border police officers. One man was taken in critical condition to Hadassah Hospital Mount Scopus with head wounds and was later pronounced dead.

Intensive search measures are currently at all Jerusalem Checkpoints. There’s a heavy police presence all throughout the Old City, as this comes just 1 week after a previous terror attack.

The man who was killed in the terror shooting attack near the Kosel was later identified as Eliyahu Dovid Kay, H’yd.

The niftar was a 26-year-old resident of Modi’in, a recent immigrant from South Africa, he worked as a guide in the Western Wall tunnels, and was on his way to the Kosel to pray. He was engaged to be married and his wedding was to take place in several months. HY”D.

A Hamas terrorist opened fire in the Old City of Jerusalem this morning, murdering a civilian.

Soon after, Hamas distributed sweets to Palestinians in Gaza and praised the "heroic" terrorist.

Hamas is a terrorist organization that promotes violence and must be condemned. pic.twitter.com/E5kZDuLbJQ

The sounds of today's terrorist attack against Jews in Jerusalem Old City. The 42 y.o attacker from a refugee camp outside of Jerusalem, supposedly had an Israeli ID & was disguised as a ultra-Orthodox Jew.
"Hatzilu!! Means "save me!" pic.twitter.com/IUgcD7s81M

I am sharing this horrendous photo because EVERY human being needs to see it.

This morning innocent Israelis were attacked by a #Palestinian terrorist. Their crime? Being Jewish.

One Israeli was killed & three others were seriously injured.

May his memory be a blessing. pic.twitter.com/OJ7hYT2RuP

CNN at it again. Do they have no shame? No moral compass? https://t.co/gCtVrWCdYU

The terrorist who carried out the deadly shooting attack near the Western Wall this morning is 40 year old Fadi Abu Shahidam from East Jerusalem. Chief of police has now said that he acted alone.

A victim injured in the attack and miraculously saved speaks about the incident: