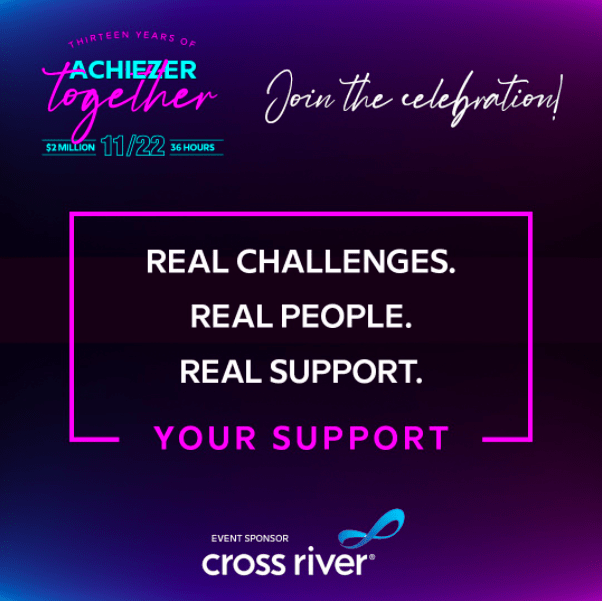 It’s hard to believe that it’s been 13 years…

For the desperate family whose daughter needed emergency surgery.

For the car accident victim who had expressly wished to be buried in Israel.

For the family that lost everything, they owned in a devastating fire.

For any single community member who faced any difficulty.

Making every difficult situation a bit easier to bear.

Sometimes it’s the little things. The food. The well-timed e-mail.

And of course, the big things.

Financial networking. The health insurance. The immediate medical advocacy. The legal navigation. The red tape that magically disappears in the face of well-honed expertise and unyielding determination.

No one knows when a crisis will strike.

But they know Achiezer will be there.

And now – we know you will be there, too.

Because Achiezer was founded on the simple yet powerful belief:

Every member of our community deserves a competent, compassionate address to turn to in times of crisis.

Our founders dreamed of an organization that would be there for the entire community—at any time, for any difficulty, large or small.

With fierce determination. With the refusal to say “It’s impossible.”

And with your support.

Now, it’s time to celebrate together.