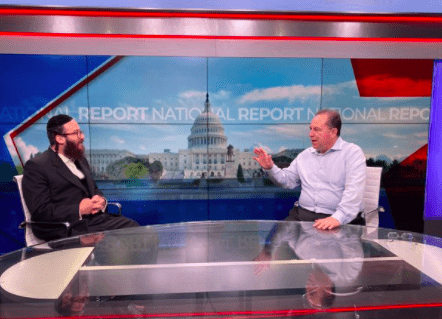 Jake Turx becomes the first hasidic Jew to be a political contributor for a major American news outlet as he takes on a new job with Newsmax.

Turx remains as the senior White House correspondent and chief political correspondent for the magazine Ami. He began writing for Ami magazine in 2011 and has steadily rose in his journalistic career. Several years ago he also made history as being the first Hasidic Jew to become a member of the White House press corps.

Turx currently resides in Washington, DC during the work week and goes home to his family for Shabbos. His family lives in Lakewood, NJ.

🇺🇸✡️ — NEW: @JakeTurx has been named political contributor at @Newsmax, marking the first time a Hasidic Jew has been granted such a position at a major news channel — Pictured: Turx on the set with Newsmax CEO Chris Ruddy pic.twitter.com/FqAV6tystZ 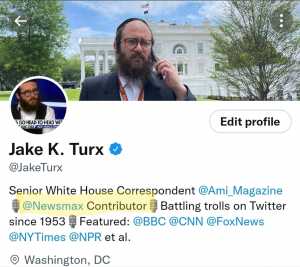 We wish Jake much success on this new endeavor.