One frustrated passenger said “If we didn’t have corona before getting on the flight the chances of getting it now are probably that much higher”.

In light of the chaotic situation currently at the airport Chaimvchessed sent the following statement warning foreigners of travel at this time:

Rules for passengers arriving in Israel have literally been changing daily. Today, authorities have decided to send ALL FOREIGNERS arriving in Israel from Red countries to to quarantine hotels, irrespective of vaccination status. Chaim V’Chessed has been contacted by many distraught passengers, including families with small children who are being compelled to hotel quarantine. Supposedly, passengers will be released after receiving negative Covid results.

This decree includes Green Pass holders. We have been contacted by passengers who have been vaccinated three times in Israel, who are also being sent to hotels.

The random and unpredictable behavior of Border Control is more than troubling. Numerous travelers boarded flights to Israel only after authorities ceased the hotel policy, only to discover that the policy changed, yet again, while they were in midair.

Chaim V’Chessed is advocating for an end to this incessant harassment. However, at the present time we have not been able to change this policy. We are hopeful that at least those who are residents of Israel will be permitted quarantine at home. 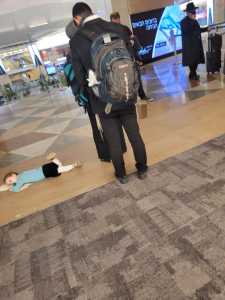