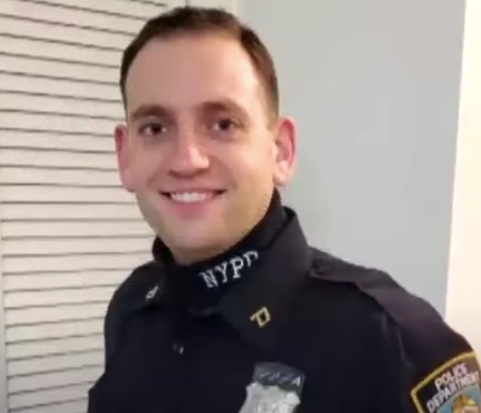 Yehuda Topper who previously served 5 years in the NYPD, was sworn in on Thursday night in North Miami Beach, Florida.

Yehuda Topper, will be off Saturdays to observe Shabbos, was sworn in on Thursday evening at the Senator Gwen Margolis Amphitheatre.

“The Sabbath is the 7th day God rested” said Yehuda excitedly when asked about why he wont be patrolling over Shabbos.

Arthur Sorrey, the city manager, said it was also the first time the department hired an officer who is a practicing Orthodox Jew. “It’s a big deal for us,” Sorrey said, adding the city has a large Orthodox Jewish community.

5TC wishes Yehuda much success and safety in his new position.