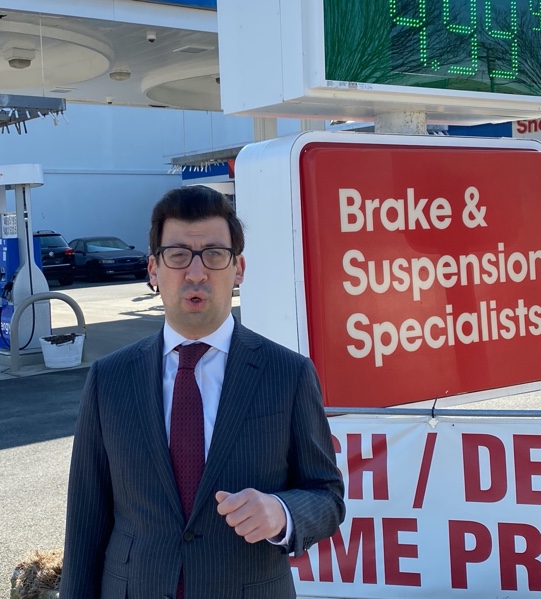 (LONG BEACH, NY)- David Lobl, the Democratic Candidate for New York’s 20th Assembly District stood in Long Beach and called on state and local governments to suspend gas taxes during the unprecedented rise in fuel costs. David called on Governor Kathy Hochul and Nassau County Executive Bruce Blakeman to sign temporary legislation to give Nassau families some relief from the unprecedented rise in gas prices; doing so would save those who fill up in Nassau about $0.30 per gallon of fuel purchased.

“Anytime anybody taking their kids to baseball practice, theater practice, or just using your car for work will feel immediate relief {if gas taxes are suspended}” Said David Lobl, New York State Assembly candidate. Lobl continued “As somebody running for public office I believe government’s basic function is to be there for its constituents”

“This past Sunday evening I had the good fortune of having David in my Uber where he engaged me in a conversation and asked about what issues were important to me. As a professional driver, the skyrocketing fuel costs have taken a huge toll on my bottom line as a driver, and when David told me he would be advocating for a suspension of the gas tax, I was overjoyed at the prospect of the relief that could bring me and my family. I hope Governor Hochul and Nassau County Executive Blakeman do the right thing and suspend the gas tax until prices have normalized” said Christopher M, David’s Uber driver.

David Lobl is a leader in bringing government services and funding to communities. He has experience in the public and private sector, including advocating on behalf of individuals and families with developmental needs. Lobl was a trusted Senior Jewish Advisor to key elected officials, where he spearheaded and saw to fruition important policies including a first in the nation anti-BDS executive order, protection for houses or worship, a stronger New York-Israel relationship, and educational services. During Hurricane Sandy, David played an integral role in bringing State agencies and aid to many of the hardest hit communities

Lobl was nominated by the Nassau County Democratic Party for the special election for Nassau-based Assembly seat recently vacated by Republican Melissa Miller. That seat will be filled in a special election April 7. 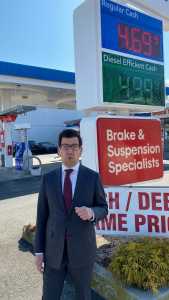 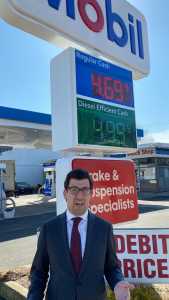