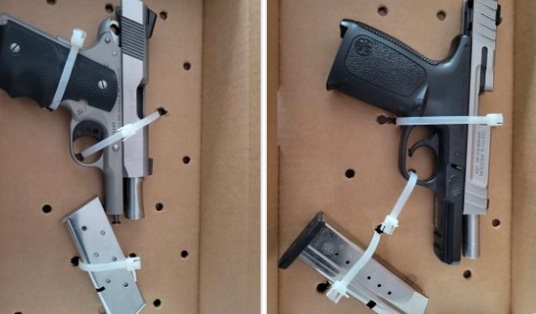 Last night two residence from Queens came into the fourth precinct, Lawrence area, and fired off their guns. Several residents informed 5TC that they personally heard the gunshots Sunday evening.

Thankfully the Nassau County police were on scene and able to make an arrest before anyone was hurt.

Both subjects had prior arrests and should not have been allowed back on our streets. Thanks to the broken bail system in NYS arrests that are made are generally a revolving door.

Thank you to the brave men and women of NCPD who put their lives at risk on behalf of the community 24/7.