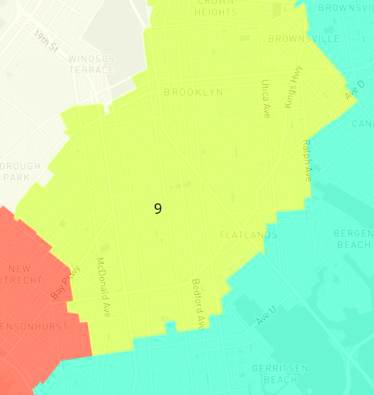 A state court formally approved New York’s new congressional map late Friday, ratifying a slate of House districts drawn by a neutral expert that could pave the way for Democratic losses this fall and force some of the party’s most prominent incumbents to face off in primary matches.

The map, approved just before a midnight deadline set by Justice Patrick F. McAllister of State Supreme Court in Steuben County, effectively unwinds an attempted Democratic gerrymander, creates a raft of new swing seats across the state, and scrambles some carefully laid lines that have long determined centers of power in New York City.

🚨🚨🚨 Wow! Ended Shabbos to find that 95% of Boro Park, Flatbush & Crown Heights Orthodox Jews are now combined into ONE congressional district #NY9 as per @KalmanYeger & @SEichenstein request this week of the judge & expert who drafted new lines! pic.twitter.com/k7PWo5oKbj