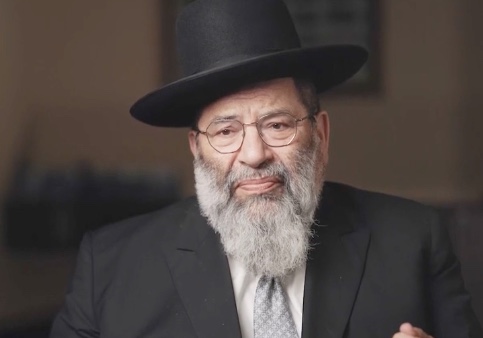 As Yidden, who ascribe the highest value to every human life, we mourn the recent death of innocents, especially children, in such a horrific manner and in such a setting—an elementary school. We sympathize with all of the victims and their families in Texas, Buffalo and elsewhere, and daven for the day when the “swords will be beaten into ploughshares,” may it come speedily.

As ehrliche Yidden, we know that no effort is more critical — or more effective — than tefillah, beseeching Hashem for Siyata diShmaya.

At the same time, I want to share a brief outline of what we at the Yeshiva have done with regard to safety and security, both in the past and currently.

Ever since I joined the Yeshiva hanhala in 1979, security has always been top of mind. Well before we received any sort of government grants or assistance, we hired own security staff to be on hand throughout school hours.

Baruch Hashem, the Yeshiva now receives government support for five guards, during regular, typical daytime school hours. This does not include weekends or evenings, and being that we have a Mesivta, a Beis Medrash, a Kollel and hundreds of talmidim on campus (including in dormitories) 24/7, we augment those underwritten hours with additional security around the clock, throughout the entire year, at the Yeshiva’s expense.

Around 4-5 years ago, when we started to see an uptick in serious anti-Semitic attacks in this country, the hanhala met internally and made a decision that I have never spoken about publicly before, one that unfortunately never came to fruition. I share it with you today to underscore the seriousness of the matter and the lengths to which we are willing to go.

I asked our administrators to take a deep look at the security protocols of the Yeshiva and recommend improvements, and at that time we arranged to send seven of our most trusted staff members to undergo firearms training and licensing. The idea was for them to carry concealed weapons, only to be revealed or drawn at a moment of grave danger from an armed attacker, Rachmana litzlan. The Yeshiva arranged this training at its own expense, of nearly $100,000.

This program was quietly implemented for some time, until then-President Trump made a comment after the Parkland, Fla. school shooting – that educators in the U.S. should carry weapons to keep students safe – and the new Democratic majority in the NYS Senate decided to quickly pass a law stating that only someone whose primary job is to be a security guard can carry a weapon in a school in New York State, regardless of their level of training or expertise.

So that whole plan was nixed.

About six months ago the hanhala, particularly Rav Dovid Morgenstern (our distinguished menahel of the Upper Elementary School who is also intimately involved with the chinuch matters of the entire elementary school) met again with Rabbi Shlomo Krasnow, our devoted director of operations, to ascertain whether we could somehow retain New York City police officers to patrol our campus around the clock. As it turns out, the NYPD does have a special program, called Paid Details, which allows uniformed, armed and off-duty police officers to be hired by private organizations to provide security.

I then made the decision to join this program, where shifts of police officers are present on campus 24 hours a day, despite the enormous cost to the Yeshiva of over $350,000 a year, because we cannot spare any expense when it comes to enhancing the safety of our talmidim and staff, and doing our part to prevent tragedy. As I am in the habit of saying, “The life you save is the one you may never know about.”

Throughout the years, whenever we have brought down consultants and experts to advise us, the common message has been that the presence of security personnel is the greatest deterrent.

This new program has now been in effect for almost a month, and we will not rest as we seek to do the best we can—fully realizing that we are all in the hands of Hashem. We are grateful that throughout our 49-year history, we have never had an adverse incident on campus. In the inimitable words of Everett Fortune: “Thank You Hashem.”

“Unless Hashem watches over the city, the watchman keeps vigil in vain.” – Tehillim 127

If you have any comments, concerns or suggestions about this topic, please do not hesitate to reach out.