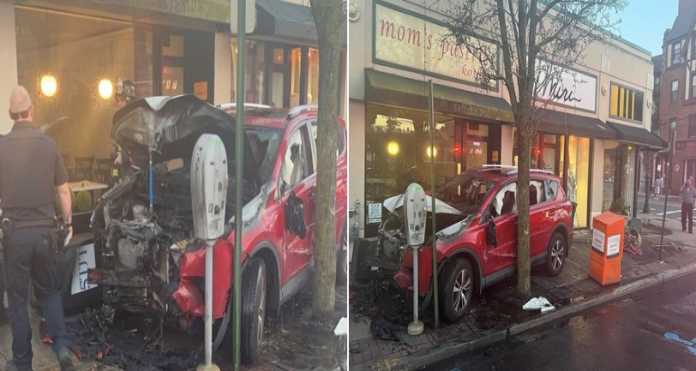 On Friday, June 17th, at approximately 8:00 PM the Lawrence Cedarhurst fire department was alerted to a motor vehicle accident with a reported car fire at the intersection of Cedarhurst Avenue and Central Avenue in the Village of Cedarhurst.

Deputy Chief Adler (3202) was first on scene and advised incoming units that he had a confirmed car fire with exposure issues to a row of stores and upgraded the alarm.

Engine Co. 323 was the first crew on scene and extinguished the fire while Ladder Co. 325 checked for extension in the storefronts that were in close proximity. The area remained shutdown for a period of time while the Nassau County Police Department investigated the accident.

The scene was under the command of Deputy Chief Beilinson (3201). 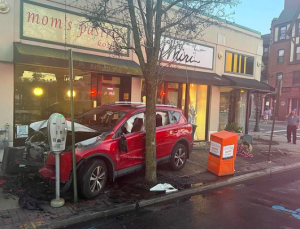 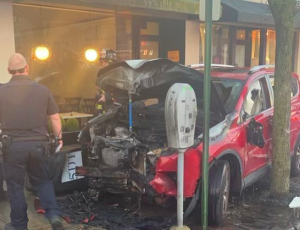