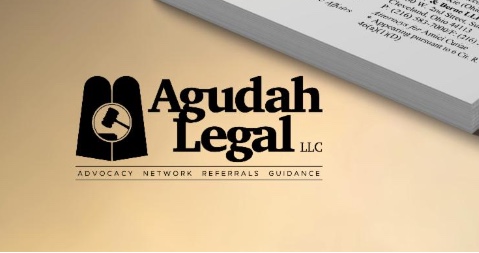 The United States Supreme Court today issued a landmark ruling that positively impacts religious schools’ ability to participate in state aid programs. The Court ruled that the First Amendment’s Free Exercise Clause prohibits states from discriminating not only against schools that identify as religious, but also those that actively teach religious subjects. This ruling eases the way for state aid to flow to parents who choose to send their children to religious schools.

Agudath Israel of America, along with several other Orthodox Jewish groups, submitted an amicus brief in the case, authored by constitutional scholar Nathan Lewin.

The case, Carson v. Makin, involved a Maine law that required the state to pay for a student’s tuition in the event that the district in which a child resided had no public schools. The law, however, provided that parents could send a student to any school except those that included religious instruction, on the grounds that the United States Constitution prohibited government aid to religious institutions.

The lower courts accepted Maine’s distinction between schools that maintain a religious “status,” which would allow their participation in the government program, and those that have religious “use,” which would not.

The Supreme Court, however, reversed the lower courts’ rulings. Writing for the Court in the 6-3 decision, Chief Justice John R. Roberts asserted, “The State pays tuition for certain students at private schools— so long as the schools are not religious. That is discrimination against religion. A State’s antiestablishment interest does not justify enactments that exclude some members of the community from an otherwise generally available public benefit because of their religious exercise.”

In issuing its much awaited ruling, the Court further stated that where a government program exists, it cannot discriminate against religious schools because they maintain religious instruction as part of their curriculum. “Regardless of how the benefit and restriction are described, the program operates to identify and exclude otherwise eligible schools on the basis of their religious exercise,” Chief Justice Roberts wrote.

Rabbi Abba Cohen, Agudath Israel’s vice president for government affairs and Washington director, hailed the decision. “Agudath Israel has been fighting religious discrimination for decades, and we will continue to do so. We are thrilled that the Supreme Court has made clear that discrimination against religious instruction in state aid programs is a constitutional violation. Other states that have ‘no aid’ provisions in their state constitutions and law can effectively feel free to now enact programs that encourage or provide assistance to religious schools on an equal basis with other nonpublic schools.”

“This is a significant win for parents in Maine and across the country who will now have more freedom to choose private and religious schools for their children,” said Rabbi A. D. Motzen, Agudath Israel of America’s national director of state relations. “Today’s ruling endorses Agudah’s longtime position that states may not bar families from using state aid at the school of their choice simply because they choose a school that includes a religious curriculum.”