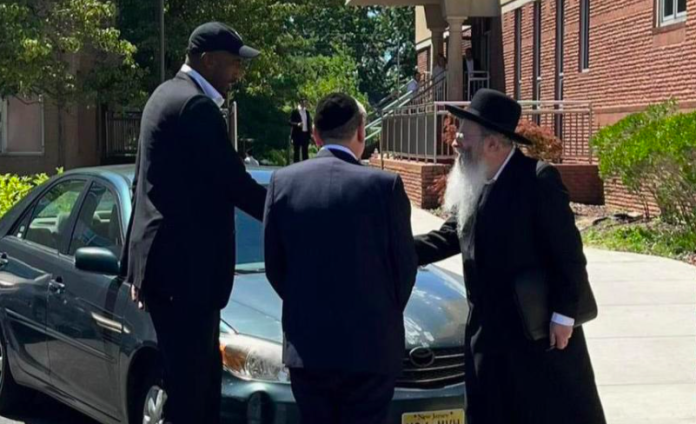 Former NBA Rookie of the Year and 6 time All Star Player, Amar’e Stoudemire got a grand tour of BMG (Lakewood Yeshiva in NJ).

In the photo he is seen greeting the Rosh Yeshiva of BMG, R’ Malkiel Kotler Shlit”a.

After his career in the NBA, he moved to Israel to play professional basketball and received Israeli citizenship. He then converted to Judaism in 2021 and learned in Ohr Sameach throughout his time in Israel. He since adopted the name Yahoshafat Ben Avraham.