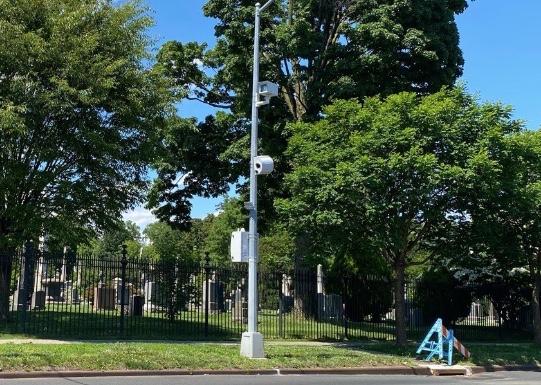 New York City Mayor Eric Adams and New York City Department of Transportation (DOT) Commissioner Ydanis Rodriguez announced last month that New York City’s speed cameras will begin operating 24/7 on August 1, 2022, following a month-long public awareness campaign which began just one month ago to prepare drivers and all New Yorkers for the change. The city’s 2,000 automated speed cameras were previously authorized by the state to operate only on weekdays, between 6:00 AM and 10:00 PM, missing the 59 percent of traffic fatalities that occurred when the cameras were previously required to be turned off. A state law signed last month by New York Governor Kathy Hochul now allows the cameras to operate 24 hours a day, seven days a week. Speed cameras and automated traffic enforcement are proven, effective safety tools shown to reduce speeding by 72 percent.

“New Yorkers deserve to be safe on our streets 24 hours a day, seven days a week, and keeping our cameras on is a critical step in that direction,” said Mayor Adams. “Speed cameras work: They save lives, reduce speeding, and help protect New Yorkers all across the city. And we are expanding this proven program to ensure that New Yorkers have that protection at any time of any day.”

“Sadly, we know reckless drivers are on our streets 24/7 — so our cameras must be on 24/7 too,” said Deputy Mayor for Operations Meera Joshi. “Thanks to the hard work of many people, our cameras will now be on at all hours, helping to keep our streets safer.”

“Overnight and weekend crashes have become far too prevalent in recent years, and we are so grateful that state legislators heard our call for 24/7 speed-camera coverage,” said DOT Commissioner Rodriguez. “We thank the mayor for his support as we put together an aggressive plan to get this critical law up and running. As we make the nation’s largest automated enforcement network even more effective, we will get out the word about this new law, which will allow us to start saving lives on our streets as soon as possible.”