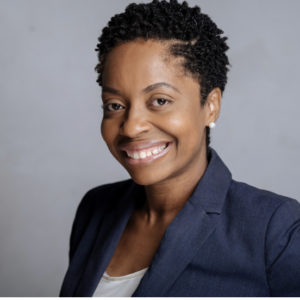 The Rockaway Turnpike is a major thoroughfare that funnels residents through the Five Towns area, connecting Southeast Queens, JFK International Airport, and Far Rockaway residents to Nassau County, the Van Wyck Expressway, Belt Parkway, and beyond.

As the Chair of the Transportation and Infrastructure Committee, I fully appreciate the need for resiliency and infrastructure construction projects, however, we need to ensure our communities are properly notified of planned work and businesses can operate while projects take place.

Recent construction on Rockaway Turnpike between Brookville Boulevard and East Avenue, near the Five Towns Shopping Center, has caused a major bottleneck that can stretch beyond Guy R. Brewer Boulevard. Construction has created traffic that take up to an hour to clear. There should be a concerted effort to coordinate street construction at times that are optimal for motorists. My staff has been in communication with your team in which they have conveyed my request for the New York City Department of Transportation (DOT) and Department of Environmental Protection (DEP) to reschedule construction on this thoroughfare to off-peak hours and overnight in order to optimize construction and assuage the traffic logjam.

Now that we are amid a heat wave, there is a real risk of heat-related incidents and those stuck suffering in their vehicle without access to emergency assistance. Just last week, a mother reported a child almost suffering from heat stroke due to insufficient air conditioning for long durations while in transit to summer camp. The construction has also contributed to a backup of emergency vehicles, including ambulances and police that travel up Brookville Boulevard or through Nassau County to get to our nearest trauma hospital, which can be a life or death situation. We can’t take the chance with our lives.

Furthermore, bus delays adversely affect those who rely on the Q113 bus. To make matter worse, prior to Monday, July 25, there are no traffic cops on-site, mobile matrix signs alerting people of construction hours, or a public advisory message to inform commuters of alternate routes or suggestions to avoid the area altogether.

Initiating construction projects at peak rush hours with one lane of traffic is not constructive and has caused unbearable traffic in and around JFK International Airport that has cascading effects. While I recognize there are times where there unfortunately will not be alternative options, we must continue to provide communication to those impacted at the very least.

I look forward to our continued partnership as we continue to build a more equitable and resilient New York City.