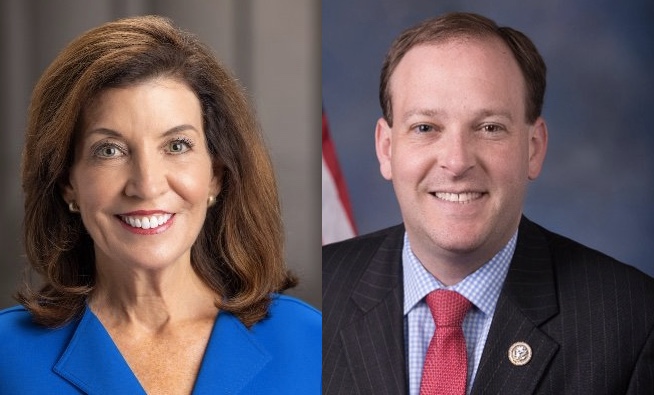 New York Gov. Kathy Hochul has a healthy lead over Republican challenger Lee Zeldin early in her bid for a full, four-year term, according to a pair of public opinion polls released Tuesday.

Hochul, a Buffalo Democrat, garnered support from 53% of likely voters polled last week by Siena College, a 14-point lead over Zeldin. A separate Emerson College effort showed the governor with a slightly larger lead – 51% to Zeldin’s 35%.

The two polls mark the first to be publicly released since Hochul and Zeldin, a Long Island congressman, cruised to victory in their respective parties’ June 28th primary elections, setting up a Nov. 8 clash between the two candidates.