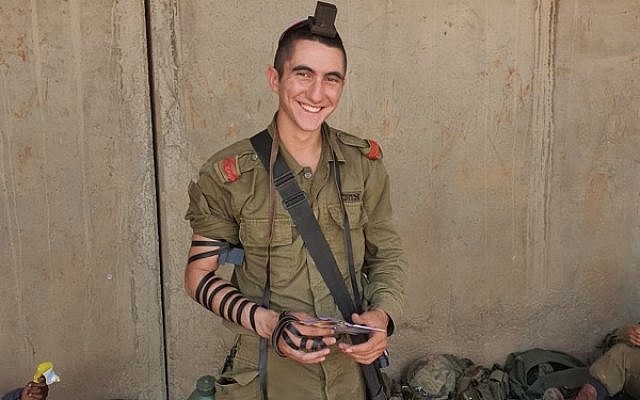 From the blog of Scott Cushing at the Times of Israel

The sirens wailed repeatedly during the day and throughout the night. The meaning of the noise? Rockets are incoming. You are in danger.

Who fires the rockets? Terrorists fire the rockets. They are merchants of death.

The only thing standing in the way of these incoming rockets is a sophisticated defensive weapon system developed by Israel to protect its citizens. The world knows it as Iron Dome. Nowhere is there a program located within a country’s set of borders whose sole purpose is to defend and shield people from terrorist threats and death by a rocket.

The people who man Iron Dome are proud to serve in the Israeli Defense Forces. Their service in the military is compulsory before they go off to college or the workforce. This action binds them not only as a people but civil society. Jew, Muslim, and Christian serve together. Everyone stands shoulder to shoulder in defense of the State of Israel proudly. While teenagers in the United States go to the beach and throw house parties at this age, Israeli teens go to basic training. It is a rite of passage into adulthood where the decisions they make, and their service, protect families and allow a nation to flourish.

One such teenager is Emanuel Rahmanan who served in the IDF. At the age of eighteen he joined the IDF and worked his way up to be a Sergeant in the Kfir 94th Battalion Combat Regiment. Now, he is twenty and was in Israel during the recent terror attacks. He understands better than most what the consequences are and the importance of Iron Dome and the IDF means to the Jewish people. “Iron Dome is a life saver. While it is a military asset, its sole purpose is to defend civilians- women and children. Rahmanan said it was not the first time he heard the sirens go off. “I was not fearful myself. But to make kids live in fear is ridiculous. Why do this to families?”

Jews and non-Jews alike watched the coverage of the recent Islamic Jihad attacks on Israeli cities from the comfort of their couches. Most marveled at the efficiency and precision of Iron Dome’s effectiveness. Social media platforms showed videos of the defensive system destroying the rockets. For older Americans who remember the Reagan presidency, “Star Wars” was an “Iron Dome” like initiative that was credited for bringing the Soviet Union to the table to successfully negotiate nuclear arms reduction.

Sadly, there are some who would rather rockets devastate neighborhoods, homes, and apartment buildings. Let us call them the nine. They are the nine members of Congress who voted against Iron Dome funding. For the record, they are Representatives Cori Bush, Andre Carson, Jesus Garcia, Raul Grijalva, Marie Newman, Ilhan Omar, Ayanna Pressley, Rashida Tlaib and Thomas Massie. These eight members of Congress not only voted against funding for this defensive system, but they also fought tooth and nail to defund it using parliamentary maneuvers that would make dictators blush. Two others were profiles in political courage in Congressmembers Alexandria Ocasio-Cortez and Hank Johnson who voted “present.” They could not make up their minds.

So, let us use facts from the recent terror attacks to demonstrate the hypocrisy and fiction “the nine” espouse over Iron Dome. According to Congresswoman Rashida Tlaib, “I will not support an effort to enable and support war crimes, human rights abuses and violence.”

For the benefit of the Congressperson, I offer the following facts. Over 1,000 rockets were fired towards Israel by terrorists in the Gaza strip. Approximately two hundred fell short of their targets. Over nine hundred rockets reached Israeli airspace. Many landed in open areas with extraordinarily insignificant damage. The rockets that reached cities were met with Iron Dome precision which had a 96% success rate of destroying the terror missiles. Of the two hundred rockets that fell short, fifteen people were reported to have died in Gaza territories. These individuals were uninvolved in hostilities and were innocent bystanders murdered by Palestinian Islamic Jihad oppression. In one sad incident, children were killed by a terror rocket in a misfire that directly hit a building.

So much for war crimes, human rights abuses, and violence.

If anything was proven over the weekend of Tisha B’Av it was that Iron Dome is a protective force for good. It saves lives. It is not an aggressive force. It does not initiate conflict. What the system does is protect families and people- Jews, Muslims, Christians, and everyone else in Israel. Israel is a Jewish state. But it is also one of the most diverse and tolerant societies in the world.

For Emanuel Rahmanan, service and defending Israel is the antithesis of what Representative Tlaib opines. “I joined the IDF because I knew as a Zionist that I strongly believe in this country and wanted to defend it and what it stands for. I knew I was doing the right thing.”

That is what the “nine” fear most. They fear young men and women like Emanuel and Iron Dome who defend a democratic society where freedom of speech, religious practice, and tolerance reign. How sad and pathetic.

Michael “Scott” Cushing serves as Special Advisor to the Nassau County Executive on the Combating Antisemitism Task Force. He also serves on the Community Advisory Board of Northwell Long Island Jewish Hospital, Valley Stream, New York. Further, he is former Publisher and Editorial writer for the Gateway-Bulletin Newspapers. He served in senior staff positions for the New York State Assembly and New York State Senate for over twenty years. He is active in Israeli and Jewish affairs in Nassau County.