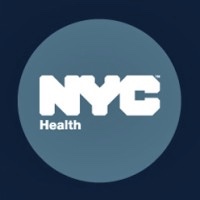 The agencies said the detection suggested likely local circulation of the virus.

See full press release from the Department of Health below:

August 12, 2022 — The New York State Department of Health (NYSDOH) and the New York City Department of Health and Mental Hygiene (NYCDOHMH) today updated New Yorkers on the detection of poliovirus (the virus that causes paralytic polio) in sewage, suggesting likely local circulation of the virus. Polio can lead to permanent paralysis of the arms and legs and even death in some cases.

The NYC Health Department and @HealthNYGov have identified poliovirus in sewage in NYC, suggesting local transmission of the virus. Polio can lead to paralysis and even death. We urge unvaccinated New Yorkers to get vaccinated now: https://t.co/ELJCZi1WOL pic.twitter.com/TTmjZWhwtd

“For every one case of paralytic polio identified, hundreds more may be undetected,” State Health Commissioner Dr. Mary T. Bassett said. “The detection of poliovirus in wastewater samples in New York City is alarming, but not surprising. Already, the State Health Department – working with local and federal partners – is responding urgently, continuing case investigation and aggressively assessing spread. The best way to keep adults and children polio-free is through safe and effective immunization – New Yorkers’ greatest protection against the worst outcomes of polio, including permanent paralysis and even death.”

“The risk to New Yorkers is real but the defense is so simple – get vaccinated against polio,” said Health Commissioner Dr. Ashwin Vasan. “With polio circulating in our communities there is simply nothing more essential than vaccinating our children to protect them from this virus, and if you’re an unvaccinated or incompletely vaccinated adult, please choose now to get the vaccine. Polio is entirely preventable and its reappearance should be a call to action for all of us.”

These findings follow the identification of a case of paralytic polio among a Rockland County resident on July 21,and the detection of poliovirus in wastewater samples collected in May, June and July from neighboring New York City counties, Rockland and Orange County – underscoring the urgency of every adult, including pregnant New Yorkers, and children staying up to date with the polio immunization schedule, particularly those in the greater New York metropolitan area. NYSDOH and NYCDOHMH will continue its active, ongoing wastewater surveillance efforts in partnership with CDC and to ensure prevention measures, particularly immunization clinics, are in place as the best way to keep New Yorkers and children polio-free is to maintain high immunity across the population through safe and effective immunization.

Vaccine coverage for routinely recommended vaccines has fallen among children in New York City since 2019, putting us at risk for outbreaks and devastating complications of vaccine preventable diseases. Only 86.2% of NYC children between the ages of 6 months and 5 years old have received 3 doses of the polio vaccine – nearly 14% remain not fully protected. Of particular concern are neighborhoods where coverage of children aged six-months to five-years-old with three doses of polio vaccine is less than 70%, putting these children at risk of contracting polio.

Polio can lead to permanent paralysis of the arms and legs and can be fatal due to paralysis in the muscles used to breathe or swallow. Most people infected with the virus do not have any symptoms, though some will have flu-like symptoms, like sore throat, fever, tiredness, nausea and stomach pain. One in 25 people with infection with get viral meningitis and about one in 200 will become paralyzed. While there is no cure for polio, it is preventable through safe and effective immunization.

A core component of CDC’s NYSDOH for all school-aged children, most children are already vaccinated. According to CDC, inactivated poliovirus vaccine (IPV), which is the only polio immunization that has been given in the United States since 2000, protects 99% of children who get all the recommended doses.

The most important way for children and adults to protect themselves from polio is to get vaccinated right away if they have not received all recommended polio vaccine doses. Health officials have increased communication to healthcare providers, stressing the on-time administration of the polio vaccine among their patients. In accordance with CDC:

Most adults do not need polio vaccine because they were already vaccinated as children. New Yorkers who are not up-to-date with vaccination should speak to their health care provider or their child’s provider to schedule an appointment for vaccination against polio and other dangerous diseases, such as measles, mumps, whooping cough, chickenpox and COVID-19.

Polio outbreaks are happening globally. Children and adults should be up-to-date with polio and other routine immunizations before travelling. Adults who received polio vaccine as children should receive a one-time lifetime booster if traveling to an area where there is a poliovirus transmission.

NYSDOH has also engaged community-based organizations in the affected areas to partner on outreach, disseminating education about the virus, the safe, protective nature of the well-established immunization, and the gravity of the current situation. NYCDOHMH has been working with local providers and community leaders to promote vaccination and is developing materials for popular local communications channels.

People without a provider can call 311 or 844-NYC-4NYC (844-692-4692) for help finding one. Care is provided in New York City regardless of immigration status, insurance or ability to pay.

New Yorkers can learn more about polio and polio immunization.

Polio vaccination rates by county and more information about wastewater surveillance are available.