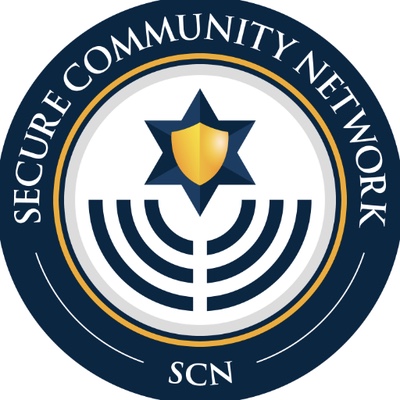 The Union of Orthodox Jewish Congregations of America (Orthodox Union) – the nation’s largest Orthodox Jewish umbrella organization – announced a pair of new initiatives created in partnership with Secure Community Network (SCN) – the umbrella security organization for the American Jewish community.One new initiative is designed to increase the security of Orthodox Jewish synagogues, which are Sabbath-observant; the second initiative is intended to increase the reporting of antisemitic incidents in the Orthodox Jewish community through an online portal: https://advocacy.ou.org/file-an-incident-report/Even before the three violent attacks on synagogues over the past four years – in Pittsburgh, Poway and Colleyville – the Orthodox Union and synagogues across the Orthodox community increased their security investments and procedures, while the OU Advocacy Center worked to secure necessary security resources such as through DHS’s Nonprofit Security Grant Program.However, with each of those assaults upon synagogues occurring on the Sabbath, a day on which Jewish law generally prohibits the use of phones and other electronic devices, leaders at the Orthodox Union became increasingly concerned that Orthodox synagogues may be unaware of timely security threat alerts. Thus, the Orthodox Union worked with Secure Community Network and consulted with leading Orthodox rabbis to identify and develop a security alert system that will operate within the appropriate parameters of halacha (Jewish law). That system is now being launched and is rolling out to Sabbath-observant synagogues across the United States.Orthodox Union President Mark (Moishe) Bane stated:“These initiatives, and our partnership with Secure Community Network, are built on the shared goal of making our community institutions safer. With the High Holidays just around the corner, this is a time to take action to enhance security. While we pray nothing happens, if it does, we now have an efficient way of alerting our synagogues on a shabbos or holy day.”Orthodox Union Executive Vice President Rabbi Moshe Hauer stated:“Members of the Jewish community, and particularly the Orthodox Jewish community, have suffered many physical assaults and other acts of hatred in recent years – as recently as the past few days – in New York, Los Angeles and across the United States. While the FBI and other entities record and report data on antisemitic incidents, there isn’t specific data about incidents targeting Orthodox Jews and it is believed that these incidents are underreported. The new OU-SCN-sponsored reporting system will assist in gathering more accurate information and thus enable the OU to work with law enforcement officials and policymakers to ensure resources are allocated to better ensure our community’s security.”Rabbi Adir Posy, National Director, OU Department of Synagogue Initiatives, stated:“Judaism stresses the importance of going above and beyond to save a life. The recent initiatives spearheaded by the Orthodox Union bring this principle into action. We look forward to working with local synagogues and the community at large to introduce these new tools. Not only will they bring awareness to the increase in hate-fueled violence, but they will serve as concrete action to curb recent trends.”Secure Community Network National Director and CEO Michael Masters stated:“We face the most complex and dynamic threat environment in our nation’s history, and SCN continues to develop proactive security solutions that meet the unique needs of each organization and facility in the Jewish community. We are excited to continue our close partnership with the Orthodox Union to improve community safety, and this reporting tool is a critical next step and expansion of those efforts.”