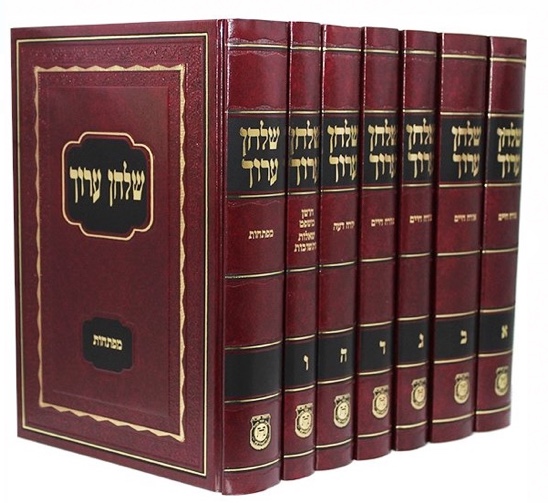 • There’s a mitzva from the Torah to eat on the Ninth day of Tishrei.

• Some say there’s a mitzvah to eat the night before too.

• One should have in mind that there’s a specific mitzvah to eat on Erev Yom Kippur.

• One should learn less Torah in order to eat more.

• All men are supposed to go to the Mikva. Preferably not earlier than an hour before chatzos and preferably before mincha.

• Its better for nothing foreign to be on the body when going to the Mikva.

• It’s better not to have contact lenses in the eyes. If they were left in then it’s fine.

•If necessary, a swimming pool can be used as a Mikva for men. Preferably with the filter off.

• It’s preferable to be in Shabbos clothing before mincha.

• It’s preferable to give tzedaka before davening mincha.

• When using money for kaparos, there is no minimum amount that has to be given.

• The Minhag is for parents to give a Bracha to their children.

• There should be a meal eaten right before the fast.

• The meal should not consist of spicy foods, eggs, garlic, or cheese.

• Many have the minhag not to eat fish and meat at this meal.

• Pills and vitamins that make the fast easier are allowed to be taken.

• Melacha and eating have to be stopped a few minutes before sunset.

• Women are allowed to light candles and then drive to shul if they don’t accept Yom Kippur on themselves until later. If so, DON’T make the Bracha of Shechayanu when lighting candles. Say it in shul at Kol Nidrei.

• Women who said the bracha of Shechayanu when they lit candles should not say Shechayanu in Shul.

• In addition to the above candles, every married man is supposed to light a special candle that’s supposed to be lit over the entire Yom Kippur. If it goes out, relight it after Yom Kippur.

• Hot foods to be eaten after Yom Kippur are not allowed to be kept in a crockpot/ oven. However if it’s for children to eat on Yom Kippur then it’s allowed.

• Women are allowed to wear gold on Yom Kippur. However it’s better not to put on Shabbos/Yom tov or special jewelry.

• Make sure to put the Talis on before sunset in order to make a Bracha. If not, a Bracha can still be made up until nine minutes after sunset.

• The tables should have tablecloths etc. lechavod Yom Kippur.

• Those who concentrate properly are promised not to have their tefilos returned empty handed.

• The main mitzva is to fast, even if it means resting and not davening.

• The husband should stay home if that will enable the wife to fast but it’s better to hire a Jewish babysitter.

• All harchakos should be kept as in nidda.

• No washing any part of the body, even with cold water.

• If any part of the body gets dirty, it can be washed.

• In the morning, hands should be washed until where the knuckle meets the palm of the hand.

• One who’s sick can wash but not for pleasure.

• Washing food for children, for example fruits, is allowed even if the hands get wet.

• It’s preferable not to touch food unless necessary.

• No deodorants, perfumes or mouthwash.

• Leather on shoes that is just there for looks and doesn’t provide a function is allowed.

• Pills that don’t taste good can be swallowed but they should be taken before you feel sick or only after you’re sick enough to go to bed.

• Medications that are necessary (for example, heart medications etc.) can be taken with an oz. of bad tasting liquid.

• If it’s necessary to take medicine on Yom Kippur, it’s best to take without liquids. If liquid is necessary, take less than an ounce and make it taste bad by putting in soap, lemon juice, or very strong coffee etc.

• Children above the age of nine should try and fast at night and should eat food in the morning a little later than usual.

• Vidui is a mitzva from the Torah.

• If you say Yihiu Liratzon after וידוי and the minyan is up to Kedusha etc. then say יהיו לרצון so that you can answer Kedusha etc.

• One must know the translation of the words.

• Vidui must be said while standing and without leaning on anything.

• Vidui must be said while bowing. Similar to the bowing when saying Modim. If this is difficult then at least bow the head.

• Hit the heart when saying the word שחטאנו because it’s like pointing to the heart and saying “you caused me to do this”.

• We say Vidui at mincha on Erev Yom Kippur in case chas vshalom one chokes while eating the meal before the fast.

• Women who want to eat before the men come home from shul, should make havdala themselves.

• If for whatever reason they can’t, eating is allowed after saying Baruch hamavdil.

• One wick is sufficient for havdala. A torch or putting two candles together is not necessary.

• The candle that’s lit for yizkor should not be used for havdala unless you have nothing else.

• If the candle went out before havdala then you must find a fire that was lit from before Yom Kippur in order to make havdala.

• Kiddush levana can be made before breaking the fast. It’s preferable to change from sneakers to shoes but it’s not required.

• It’s better to do something for sukkos on motzai Yom Kippur.

• The morning after Yom Kippur we’re supposed to get up a little earlier than normal.