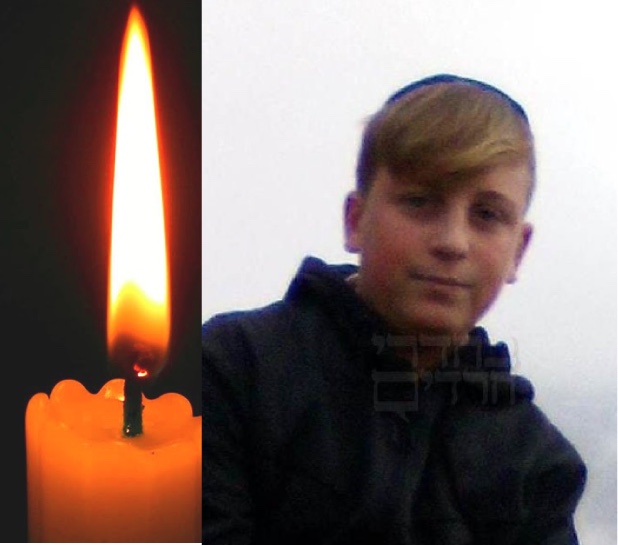 Two bombs exploded today in Jerusalem, one near the Central Bus Station and the second in Ramot. There are at least 22 people injured, and one 15-year-old was tragically killed, HY”D.

The two explosives were hidden behind the bus stop and in a bush.

A 15-year-old yeshiva bachur, Aryeh Schupak HY”D, was the young man tragically murdered in the attack. Of the many injured, one was listed as critical and another three in serious-moderate condition, according to medical officials.

United Hatzalah volunteer EMT Yosef Gabai, who arrived first at the scene to provide initial treatment, relayed: “I was waiting at the traffic light and I heard an explosion at the bus station. I arrived within mere seconds at the scene and I found a young man who was critically injured. I provided him with initial treatment and reported to United Hatzalah’s Dispatch and Command Center to request additional responders be sent to the area. At the scene, I saw three more injured people, who were conscious and sustained various degrees of injuries.”

United Hatzalah EMTs Dani Shmueli and Yossi Eisenstein who were by the second explosion relayed: “While driving in the area on our emergency ‘ambucycles’ we heard the explosion which happened at a bus stop. We arrived within mere seconds at the scene and provided assistance to three people who sustained light injuries from shrapnel. A United Hatzalah ambulance evacuated one of the injured to the hospital. United Hatzalah’s Psychotrauma and Crisis Response Unit has also been dispatched and is treating numerous eyewitnesses for emotional and psychological shock.”

May Klal Yisroel hear no more pain. May Hashem avenge the blood of our people. 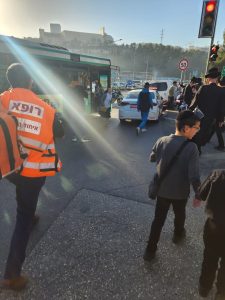 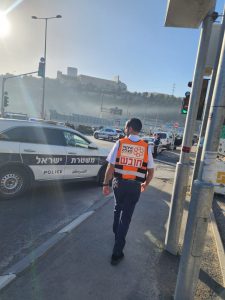 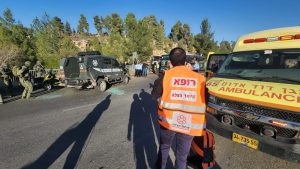 Israel is trying to identify the organization behind the double blast terror attack in Jerusalem, but it will also be asking how such extensive planning and procurement of explosives went unnoticed by its intelligence apparatus@NeriZilber | @hamdahsalhut pic.twitter.com/njWCq6r3K0

.@itamarbengvir, reported to be Israel’s next public security minister, visits the scene of the first blast in this morning’s terror attack in Jerusalem, calling to extract a heavy price from Palestinian terrorists including targeted assassinationshttps://t.co/RywFNve9yp pic.twitter.com/2OEGrfqfPr