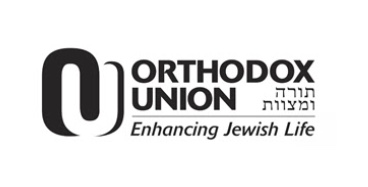 The Orthodox Union strongly criticized former President Trump for recently hosting Kanye West and Nick Fuentes at Mar-a-Lago. West and Fuentes have made a name for themselves as leaders in spreading vicious antisemitism. The association of a former president with such figures is extremely troubling.

Over the past few weeks, Kanye West, now referred to as “Ye,” has spread antisemitic conspiracy theories and tropes to his many followers, and West’s tirades have incited other antisemitic acts in Los Angeles and Jacksonville, Florida. Nick Fuentes is an alt-right media personality who espouses white supremacism and denies the Holocaust. Since 2017, he has been hosting a live stream show called America First, where he regularly spouts dangerous and bigoted views.

The leadership of the Orthodox Union stated:

“The association of a former President of the United States with some of the most vicious antisemitic figures in this country is deeply worrisome. We call on former President Trump to condemn these individuals and cut ties with them and their associates. As a major public figure, Donald Trump has a responsibility to denounce hate in all of its forms and lead by example for his many followers. Anything less gives a stamp of approval to the world’s oldest hatred.

In the midst of an unprecedented rise in antisemitism in the United States, we call upon responsible leaders – especially those in the Republican Party – to speak up, as former U.S. Ambassador to Israel David Friedman has, and be counted among those who explicitly reject antisemitism.

We call upon all people of good will to be vigilant in combating antisemitism whether it comes from the political right or left, from celebrities or any other segment of society.”

I condemned Barak Obama associating with Louis Farrakhan and Jeremiah Wright. This is no different. Antisemites deserve no quarter among American leaders, right or left.

NEW: Statement from fmr President Trump in response to our story about his dinner w Ye and Fuentes: "Kanye West very much wanted to visit Mar-a-Lago. Our dinner meeting was intended to be Kanye and me only, but he arrived with a guest whom I had never met and knew nothing about." https://t.co/RLfWtJTfzQ