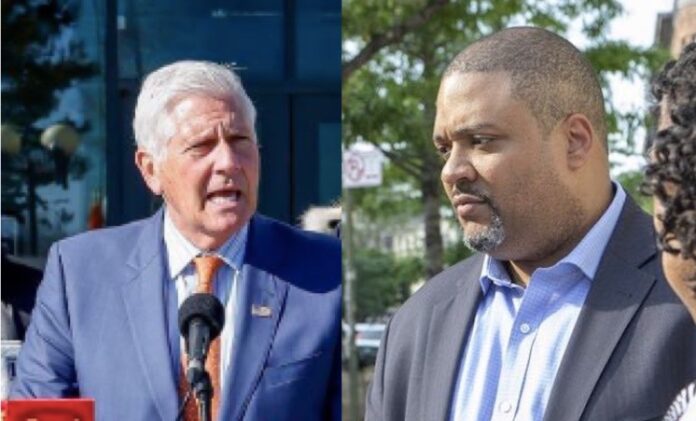 Nassau County Executive Bruce A. Blakeman will join community leaders, and other elected officials to condemn the disgraceful plea deal offered to the animal who attacked Nassau County resident Joey Borgen because of his faith.

Manhattan DA Alvin Bragg is offering a plea deal of just six months in jail to Waseem Awawdeh, who, together with a mob, savagely beat Joey Borgen on a Manhattan street because he spotted a Jew. Awawdeh showed no remorse for his crime and said he “would do it again.”

County Executive Blakeman and others will detail the facts of the case and give ways for the public to pressure the DA to lengthen the proposed sentence.

The Defendant is set to return to court on January 26th.

A video message from Joey Borgen talking about his experience will be played and distributed to members of the media.

.@ManhattanDA offered Waseem Awadeh a sweet plea deal with a 6mo sentence, despite the fact that the violent Jew-hater said he would try to kill Jews again and showed no remorse!

Awadeh and a mob attacked Joseph Borgen who was seriously injured and feared for his life! Shameful! pic.twitter.com/lDxSys1JD5

The 6-month sentence for Awawdeh is completely unacceptable. The claim that he should get a lighter sentence downplays his hate-filled motivations & diminishes the brutality of his actions.
For a full accounting of Awawdeh's antisemitic criminal activity👇https://t.co/SYWLfAktVk https://t.co/ntf4D6w6qB

NYC DA Alvin Bragg's office offered this monster a plea deal instead of allowing his case to go to trial, where he would face up to 10+ years pic.twitter.com/zanhT1G5Wx