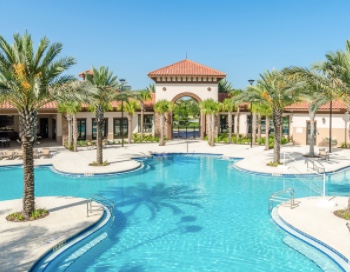 *These Halachos apply to all year round NOT for Pesach.

⁃ Sink can be used as normal. Preferable not to put food directly in the sink.

⁃ Countertops and tables can be used as normal. Preferable not to put food directly on them. Foil or plastic tablecloth is fine.

⁃ Refrigerator can be used as is.

⁃ Ice is allowed if it looks clean.

⁃ Previously opened salt and spices should preferably not be used.

⁃ Coffee makers/keurigs etc. can be used without kashering. If you see non kosher flavored coffee there, then make a kosher coffee in it (spill out the coffee) and that will make the coffee maker kosher.

⁃ Hot water urns can be used. If you’re not sure if soups etc. were heated up in the urn then boil up the water in it and spill it out. It will then be kashered.

⁃ Utensils that don’t have cracks and crevices can be kashered.

⁃ Make sure that what’s being kashered is clean, wait 24 hours from its last use and put it into boiling hot water in a pot that hasn’t been used in 24 hours (makes no difference if it’s a dairy pot or a meat pot) and wait for it to reboil. Take it out and run it under cold water.

⁃ Knives and forks should not be kashered.

⁃ Nothing needs to be done to the stovetop. It will self kasher when turned on.

⁃ Oven can be put on a self clean cycle and it will be kashered. No cleaning necessary.

⁃ A non self clean oven can be cleaned from any actual residue and then turn on highest for an hour and it will be kashered.

⁃ If that’s not possible, single covering the food is acceptable.

⁃ Oven use: the following Halachos apply for baking dairy in a clean meat oven or meat in a clean dairy oven (even if used in the last 24 hours): If the food is covered (even one cover) it’s allowed. If it’s uncovered and it’s solid food (e.g. challah or cake) it’s allowed. If it’s liquid, turn the oven on 550 for an hour and it will be kashered. Parve, even liquid, can be baked, even uncovered, in a clean meat or dairy oven and it will remain parve. In all of the above situations it’s better to put foil down on the grates before baking in case something spills.

⁃ Corkscrews and can openers can be used.

⁃ Drinking glasses can be used with hot/cold.

⁃ Mugs can be used if the water is not more than 109 degrees.

⁃ Toaster oven can only be used if it’s perfectly clean. Turn on highest temperature for two hours.

⁃ Microwave: Clean well, make sure it hasn’t been used for 24 hours, boil water until it fogs up. The glass should have hot water poured on it. No kashering required for covered food.

⁃ Non disposable utensils need tevila even if they’ll only be used ONE time.

⁃ When buying utensils that require tevila and there’s no Mikva around, have in mind that you’re not halachically acquiring the utensils from the store. They will then still belong to goy and they won’t require tevila. This is only a short term solution.

⁃ Toveling utensils in a lake may be a problem because it’s kashrus will depend on the source of the water.

– The bracha is said once a day (night goes after the day).

– When flying, say it right after takeoff.

– Preferably all travelers should say it.

– It’s only said after you stop seeing houses.

– Some say to make a bracha achrona or Asher Yatzar before saying tefilas haderech.

⁃ Fresh cut up fruit can be bought from large grocery stores.

⁃ Coffee on a plane is allowed.

⁃ A kosher grill can be placed on top of a treif grill (for example, in a park).

⁃ Some have an issue with buying certain drinks from Starbucks because they wash the utensils together with non kosher utensils. This is a chumra. According to the basic Halacha, coffee can be brought from most non kosher establishments (assuming the flavors etc. are kosher) This chumra only applies to stores not kiosks etc. CRC Chicago website has a detailed list of what’s allowed and what’s not allowed.

⁃ One is required to travel eighteen minutes in order to daven with a minyan.

⁃ One is required to travel seventy two minutes in the direction they’re traveling to get water to wash the hands for bread or travel out of the way for eighteen minutes.

⁃ If neither one is possible then one can wrap the hands fully and then eat the bread. Just wrapping the bread is not enough.

⁃ Washing in a bathroom is ok if the hands are dried outside of the bathroom.

⁃ When leaving male children home with a female babysitter, make sure that there’s no yichud issues.

⁃ Sitting in the sun is allowed on Shabbos.