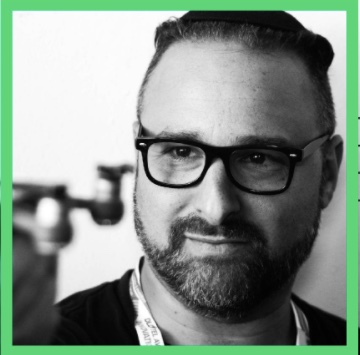 Endless people have asked me to share some thoughts on the Netflix show, “My Unorthodox Life.”

For those unfamiliar, it is a show about the personal and professional life of fashion mogul Julia Haart, a former member of an ultra-Orthodox Jewish community.

I have only watched three episodes so far but I think I get the gist of it and what better day to talk about this topic than the day of mourning, 9 av? This show is absolutely tragic. Especially in today’s day and age.

First of all, the show made me cringe. A lot.

I was just talking to a friend about the topic of nuance and how it doesn’t exist among today’s youth. We have the internet to thank for that. Everything is either great or terrible.

Well, real life is full of nuance including this series.

Some things about the show are super disturbing because they are actually true. Some of those true things are indeed problematic. Other things, however, even though they are true, are totally twisted and perverted in this show.

In fact, here is a very important point. This woman, Julia Haart could literally do almost everything she is doing while remaining orthodox. The show presents it as if she freed herself from the handcuffs of Orthodox Judaism and that’s how she was able to build her career. That is simply false. Do you need me to name 100 orthodox women who are total rockstars in their career?

But it goes deeper than that.

Over the years, as you can imagine, I experienced endless Jew hatred on the internet. From the far right, the far left, the liberals, the conservatives, and pretty much everyone in between. I think it’s safe to say that the only thing the far left and the far right share in common is their hatred of Jews.

Having said that, the most extreme hatred, the most dangerous antisemitism has always throughout history, come from within. The self hating Jews have always been our worst enemy.

This woman, Julia Haart is the perfect example of that. She takes what she knows about Judaism and totally perverts it in order to paint Judaism as this horrible cult. And it’s no coincidence that she chose now; when there is endless antisemitism in America and throughout Europe, to air the dirty laundry of Judaism.

So let’s get to the actual issue here.

It goes without saying that every single point she makes, every detail or commandment she exploits to prove and justify her disdain for Judaism, I can disprove and explain. Every single horrible thing she mentions is actually a beautiful thing if you want to see the beauty.

I can really go on forever about this terrible show (By the way, it’s made incredibly well!), but honestly, you really don’t have to look too far to see how poisonous it is and how far it is from the truth.

Women in Judaism are not less important than men. Men and women play a different role. Women like Sarah, Rebecca, Rachel, Leah, Miriam, Batya, and so many others are absolute heroines in our tradition. They have saved the nation countless times.

Like most things in life, if you take certain Jewish commandments out of context, they seem insane and that’s what this woman does. She clearly twists Judaism to fit her agenda that Judaism is the most terrible thing in the world. The reality is that those things are actually beautiful and meaningful.

Ok, I am babbling. This show really upset me.

So I’ll just end with a request. If you watch this show and feel ashamed of Judaism as a result, open Google and learn about the following women: Beatie Deutsch, Jamie Geller, Shira Mirvis (שירה מירוויס מרילי), Rivka Ravitz, Sivan Rahav, Eden Harel, and Ruchie Freier, to name just a few among hundreds.

This show is surely going to create more hatred of Judaism and something tells me that that was the plan.

We are, and have always been our worst enemy. Shame on you, Julia Haart for twisting Judaism and depicting a highly inaccurate picture of this beautiful religion.

In the Judaism I know, women are champions and peace, family, helping others, and educating our children are some of the fundamental principles we live by. If you call that fundamentalism, then I don’t think that word means what you think it means.

So those are my thoughts and as we mourn the destruction of the temple and pray for it to be rebuilt, it is self hatred like this movie that is preventing us from arriving at our final national destination.

Also? Before anyone jumps down my throat, I will say it again. Orthodox Judaism, especially Ultra Orthodox is not perfect, far from it. We have work to do and my point of view does not negate that. Nuance!