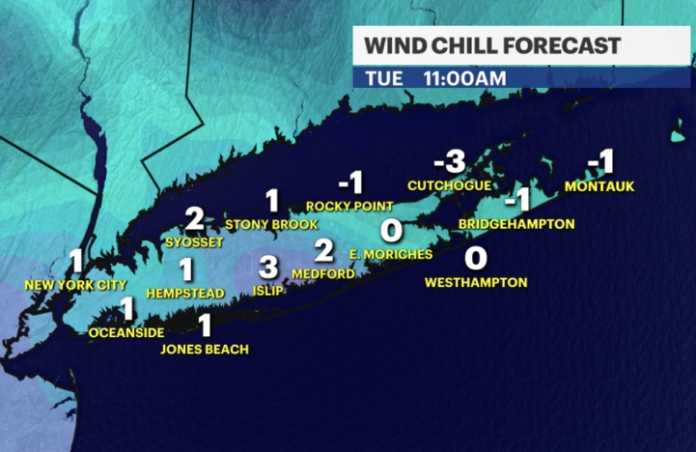 So… Tuesday morning does not look great. pic.twitter.com/wvTXnzGhdv

If Monday temperatures have not been cold enough, the cold air core will worsen overnight. This will cause freezing temperatures Tuesday morning for several hours. By tonight, wind chills in NYC will drop to single digits.

A wind chill advisory has already been issued for Sullivan and Ulster counties for projected wind chills of -15 to -25 degrees, though more counties are expected to be added.