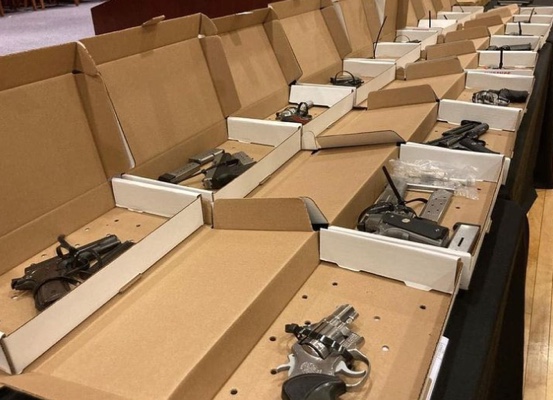 The U.S. Supreme Court ruled that New York’s requirement to show a “special need” in order to get a license to carry a concealed handgun outside the home violated the 14th amendment.

The court voted 6-3, arguing that the 108-year-old state law violated the Constitution’s Fourteenth Amendment by preventing “law-abiding citizens with ordinary self-defense needs from exercising their right to keep and bear arms,” per the opinion. According to The Washington Post, the ruling could make it easier for people in at least a half-dozen states to legally carry loaded firearms in public.

The Supreme Court STRIKES DOWN a New York gun-control law that required people to show "proper cause" to get a license to carry a concealed handgun outside the home. The vote is 6-3. https://t.co/jA2Gl7lTiG