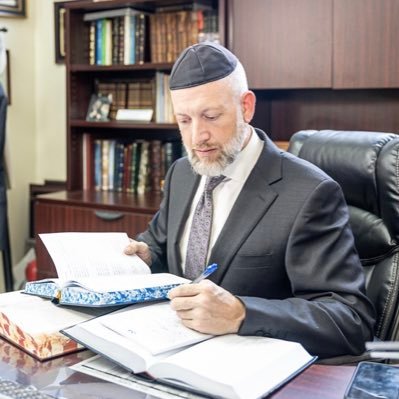 *A version of this article was written for Aish.com

After rising for many years, the divorce rate in the United States today is lower than it was a decade ago. But before you celebrate, the reason is not because of a sudden increase in blissful marriages; it’s because fewer are choosing to marry to begin with.

Indeed, the marriage rate today is at its lowest level since the U.S. government began keeping national marriage records in 1867. Of those who do marry, 50 percent will divorce, with the average length of marriage lasting just 8.2 years.

With those odds, it’s no surprise that fewer and fewer young people are subscribing to the entire institution of marriage or seeing any significance to it.

Now to be clear, marriage is not for everyone. Additionally, there are individuals who sincerely want to be married but haven’t yet found their bashert. For legitimate reasons and due to many factors, we aren’t necessarily always in control of being married. However, we don’t have be married to cherish and fight for and defend the institution of marriage. As the marriage rate continues to fall and cynicism towards marriage continues to rise, it is important to articulate the Jewish view of and value of marriage so we can best understand ourselves and advocate to others.

So, if two people love each other, isn’t marriage just a piece of paper, an outdated tradition, a social construct? And if someone is happy alone, why consider marriage at all?

Adam HaRishon was originally created alone. An essential part of the core of a person is to be by himself, fell comfortable being alone, and pursuing his own interests. But soon after, God says, “It is not good for the Human to be alone; I will make a fitting counterpart for him.” Alone, man is a taker; God wants man to become a giver, and so He creates marriage, the need to compromise, to prioritize a partner, and to make room for another. Marriage forces us to grow and helps us become better versions of ourselves.

That is why the Torah (Bereishis 2:24) says when the time is right, “A man must leave his father and mother and cling to his wife, so that they become one flesh.” A child is a receiver, focused on himself and dependent on others. When a person clings to a spouse and they become one, they grow to be independent together, they must be concerned with and responsible to and for one another. Marriage fosters maturity, dependability, and trustworthiness. Rabbi Chaim Vital, a great 16th century mystic, said: “A person’s character traits are primarily measured based upon how they are to their spouse.”

The Torah teaches that on the sixth day of creation, God fashioned one figure comprised of man and woman, and then He split them in two, Adam and Chava. If Hashem is Omnipotent and Infinite, if He knew He would ultimately create two, why didn’t He make them that way to begin with?

Had Hashem created Man and Woman separate and apart, their union would have been a case of one plus one, a collaboration of two. Instead, He wanted us to realize that alone, we are a half and when the time is right, we must search for our other half, the person who completes us so that we can become whole. That is why the Talmud (Yevamos 62a) comments, “Any man who is without a wife is not a complete man,” and continues, “One’s wife is as one’s very own body.”

In a healthy marriage, one’s spouse is not just a roommate or someone to divide responsibility and chores with. Marriage is not for convenience or comfort. A spouse complements one’s personality, completes one’s soul, and is the exclusive person who combines to be one flesh.

Two of the Sheva Berachos end with the words, “yotzeir Ha’Adam,” Creator of man. But creation took place significantly before marriage, so wouldn’t that beracha be much more appropriate at a celebration of birth? Understanding the fundamental purpose of marriage provides the answer. When a baby is born, we know very little about them. A person is only truly entirely born or fully created when they find their other half and becomes whole. We learn who someone is, what they value and what kind of life they want to lead, not when they are a newborn, but when they are newlywed. When we see who someone chooses to marry, we learn who they are and who they want to be. Under the Chuppa, “Yotzeir Ha’Adam,” a person is fully created.

On one occasion, Rav Aryeh Levin accompanied his wife to a Jerusalem clinic. The physician inquired what was wrong to which he responded, “Doctor, my wife’s foot is hurting us.” Another time, Rav Aryeh Levin was traveling in a cab and the driver asked, “What’s your home address?” Rav Aryeh told him I used to have a home but my wife passed away and now all I have is an address.”

Countless research shows the mental, physical and emotional benefits of marriage. Studies show that married couples are the happiest on the whole, even though they are no longer living life only on their own terms. In contrast, half of the couples who cohabitate break up and people who cohabitate before marriage are more likely to get divorced.

So in Judaism, marriage isn’t just a tradition or a living arrangement; it is a holy institution (this explains why it’s called Kiddushin in Hebrew, from the root kadosh, holy). Holy means distinguished, separate and apart. Marriage is an exclusive bond and commitment; it is a unique relationship shared by husband and wife to the exclusion of all others.

Rebbe Akiva teaches (Sotah 17a) If a man [ish in Hebrew] and woman [isha] establish a faithful marriage, the Divine Presence rests between them. The Hebrew words ish and isha are almost identical; the difference between them is the middle letter yud in ish, and the final letter heh in isha. These two letters joined form the name of God. Marriage promotes selflessness, compromise, responsibility, and faithfulness, all attributes that imitate and attract the presence of the Shechina, the Divine.

The act of marriage uniquely creates union of complete oneness. Marriage isn’t just a piece of paper. The mystical unification forged through the bond of marriage, making two halves into a whole, creates a concretized commitment. It’s investing oneself in the deepest, most meaningful, and consequential way. It means the relationship is anything but casual; it isn’t disposable and cannot be dissolved without consequences.

Judaism teaches that one should go into marriage with the mentality of until death do us part, as evidenced by Avraham’s commitment to Sarah that lasted through their lifetime and continued even after Sarah’s demise. We derive the mechanism of marriage, the giving and receiving of a ring from husband to wife, from the way Avraham secured a burial place for Sarah. This source isn’t a mere coincidence; it communicates that a healthy marriage is built on a commitment until the very end. We don’t leave or abandon a relationship when the going gets tough. Marriage is not disposable, doesn’t have scheduled upgrades to newer versions. While divorce is also a mitzvah and not only legitimate at times, but fully appropriate and correct, marriage is a cherished commitment that should be honored until all options and efforts have been exhausted.

But marriage is not only good for individuals to realize their potential and to become better versions of themselves, marriage benefits society as a whole. A society made up of distinct individuals living for themselves, pursuing their own happiness and seeking to take the most out of life, is a splintered, divided society of those prioritizing their self-interests.

A society comprised of people who have learned to prioritize others, to give in addition to taking, who have entered a meaningful and consequential covenant and contract with each other is an elevated society, a more noble community. The lessons and growth inherent in marriage improves people, yielding a better functioning, more committed, and selfless society and community. A society made up of physically, emotionally and mentally happier and healthier people is a happier and healthier society and better for everyone.

Marriage is not just a mitzvah, it is good for individuals, it is a sacred and indispensable institution that benefits all, and it is valuing and defending.